Cucalorus Board of Directors 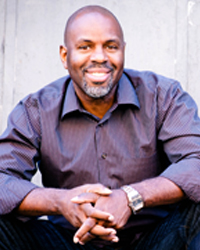 Byron Hurt is an award-winning documentary filmmaker, writer, anti-sexist activist, and an adjunct professor at Columbia University’s School of Journalism, in the Documentary Film Program. He is also the lead technical assistant for the Robert Wood Johnson Foundation’s Forward Promise initiative, a storytelling project for boys and young men of color. Hurt is also an Emmy-nominated TV show host. His critically acclaimed documentary, Hip-Hop: Beyond Beats and Rhymes, premiered at the Sundance Film Festival and broadcast nationally on PBS’ Emmy-award winning series Independent Lens. 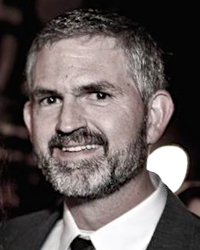 Wilmington native and current Atlanta GA resident Robert Redhead works for software provider, Talend,  helping companies and Federal agencies achieve data-driven decision-making nirvana. When not mired in the world of high-tech, Robert finds himself in the operational gears of Cucalorus as an architect of screenings efficiencies. He is also lucky enough to call himself a documentary programmer for both our beloved festival, and the Atlanta Film Festival. 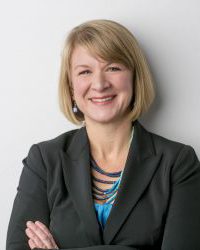 Kristen directs the Office of the Arts at UNC Wilmington.  She oversees UNCW’s Kenan Auditorium, curates the UNCW Presents series including Lumina Festival of the Arts, and coordinates programming in collaboration with five UNCW academic arts departments.  Prior to her time in Wilmington she spent almost eight years at Hubbard Street Dance Chicago as Artistic Administrator and General Manager and nine years at the John F. Kennedy Center for the Performing Arts in Washington, D.C. Kristen lives with her husband David and children Sophie and Nicholas in Wilmington, North Carolina. She knows that art and artists have the power to change the world. 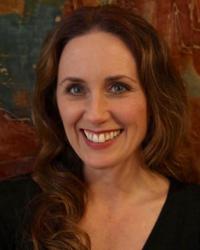 Natalie is an Interior Designer at Big Sky Design in Wilmington, focusing on Commercial Interiors. She is from High Point, NC and first came to Wilmington back in 1996, when she attended UNCW as an Art History major. Natalie’s studies took her back to the middle of the state, but 10 years of design and a master’s degree later she came back to Wilmington in 2012. It was then she discovered Cucalorus, and jumped head first into the staff position of Box Office and then Programming. In 2017, she decided to hop from curating films to back over to curating spaces, but can still be found behind the curtains when the festival rolls around. 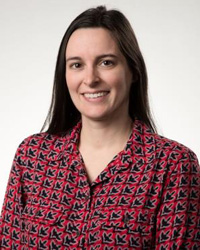 Laura Brogdon-Primavera is the Manager of Programs and Operations at the UNCW Center for Innovation and Entrepreneurship. She served as the Administrative Assistant to the UNCW Chief of Staff in 2012 before moving to the CIE in 2013. Before that she lived and worked outside of Chicago, IL in environmental education and event planning with the Forest Preserve District of Will County.  Mrs. Primavera received a BSBA in Hospitality and Tourism Management from Appalachian State University and an M.Ed. in Higher Education at UNCW. Laura also serves as Activities Director at Holiday Inn Resort in Wrightsville Beach supervising a team of 12 college-aged students and organizing all the fun there is to be had while vacationing at our beaches. She has three kids and another on the way and a loving husband that allows her the freedom to create and support her community in all the ways she does. When she slows down and has free time, she enjoys disc golf and watching all the animated kids movies with her little ones. 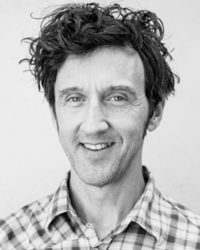 Norwood Cheek is a filmmaker and musician known for his music videos, the Flicker Film Festival, and his work with Super 8 film. He is in the band Cardinal Family Singers along with Peyton Reed. His music videos range from bands such as She & Him, the EELS, Superchunk, Squirrel Nut Zippers, Ben Folds Five, AFI, Toenut, 12 Stones, French Kicks, the Donnas, Soul Coughing and many others. He is the founder and creator of 10x10 – a music video documentary project. 10x10 has been featured at the Atlantic Film Festival, Adelaide Fringe Festival, and Cucalorus Festival. 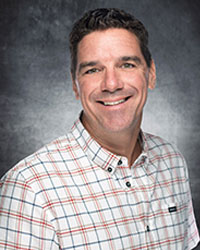 Mike Duncan is the CEO and Creative Director of Sage Island Digital Marketing, an agency which has spent the last 20 years at the forefront of internet marketing. An innovative thinker and entrepreneur with expertise in start-ups, turnaround, and rapid growth, Mike’s ability to analyze key business drivers and develop compelling strategies has produced countless success stories. 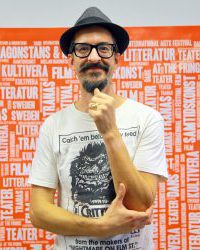 Georg is a filmmaker whose work addresses issues of the Anthropocene, merging his interests in science, poetry, ecology, the ongoing effects of colonization around the world, and radical forms of non-fiction filmmaking. His award-winning films have been presented at hundreds of festivals, museums, and microcinemas worldwide, most recently at Experiments in Cinema, the Camden International Film Festival, the Harvard-Yenching Institute, the Museum of Vancouver, and the Society for Visual Anthropology Film & Media Festival. His recent documentaries, White Ravens: A Legacy of Resistance, and America is Waiting are distributed through Docurama and Fandor distributes his Florida Trilogyamong other films. Georg is also a professor of Film Studies at UNCW, where he encourages his students to develop their filmic voices and to make work that critically engages the themes, topics, and social justice issues that matter most to them. 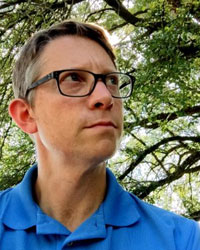 Dylan Lee lives in Wilmington with his wife Nicole and two Labradors. He loves Wilmington so much that he has moved here on four separate occasions! His first try was after he finished college at UNCG in 1992. Lee finally stuck in 2000, when he moved to be station manager for TV channel GTV8. Lee works to make WIlmington a better place and wants people to know that Cucalorus weekend is the best weekend of the year in this great city. 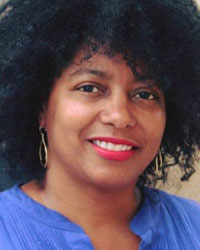 Jacqueline Olive founded Tell It Media to create documentaries that tell nuanced stories of the people, places and cultures that make up our diverse world. She coordinated the production of the Emmy Award-winning PBS documentary series, Independent Lens, and Global Voices for three seasons. Bringing experience in the journalism field since 2002, Jackie also co-created Black to Our Roots, which broadcast on PBS World. Jacqueline has produced transmedia projects as a fellow with the National Black Programming Consortium (NBPC) and the Bay Area Video Coalition (BAVC). 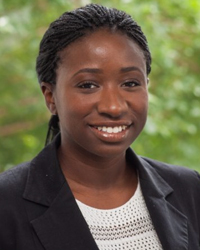 Malaika Paquiot splits her times between her 2 loves: film and tech. To this end, she is a Digital Strategist with ARRAY, formerly known as African American Film Festival Releasing Movement (AFFRM), founded by the director of the Oscar-nominated film SELMA: Ava DuVernay. Malaika’s led a group of 60 volunteers in the digital promotion of all but one of ARRAY’s acquisitions. Malaika is part of the Product Management team at a Wilmington, NC-based cloud banking startup focused on its international expansion. She has been in the software industry for 15 years during which time she has won the National Women of Color Technology Award. She merged the tech and film worlds by writing on online film distribution and crowdfunding and has done so for Focal Press’ Mastering Film blog, Filmmaker Magazine’s blog and her own blog Beyond the Box Office. Up since 2009, it focuses on innovative ways for filmmakers to distribute their films, including set-top boxes, streaming services and mobile apps. She is currently a member of the Sundance Institute, board member of Working Films and a former board member of the San Jose Multicultural Artists Guild. 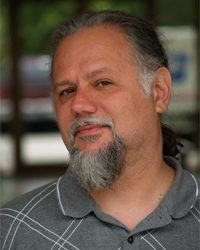 Jeff Sanchez is a musician and filmmaker, originally from New Jersey.  He and his wife Monika moved to Wilmington in 2005, and Jeff has been a volunteer at Cucalorus since 2006, in many different roles.  Two films that he worked on have been featured at the festival, in 2014 and 2016.  Jeff was the director at Centro Latino and ran a Mexican radio station here for 3 years.  He currently works for Freaker USA and has his NC real estate license.  He plays with local rock and roll band THE CLAMS. 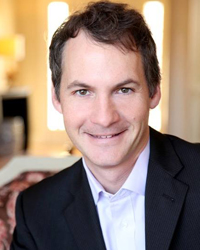 Peter is a Realtor/Broker at Century 21 Sweyer & Associates and owner of Wrightsville Manor. He has been immersed in the real estate industry since early childhood and has gained great insight into all aspects of the industry through the family business. He has seen the ups and downs of this market over the past 25 years and knows that over the long range Wilmington will continue to grow because of its desirable location along the Southeast coast. He is a Centurion Award Winner and has also been recognized as a quality service Pinnacle Producer by Century 21 corporate. 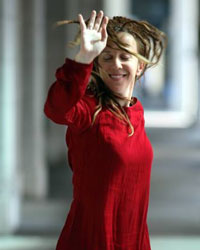 Born in Bratislava and raised in Canada, Ingrid Veninger formed pUNK Films with a ‘nothing is impossible’ manifesto. Veninger has produced six features in the past six years, which have premiered at TIFF and numerous festivals worldwide. Currently, Veninger is a part-time member of the Film Studies Faculty at York University, Screenwriter-in-Residence at the University of Toronto, and she recently initiated the pUNK Films FEMMES LAB to foster feature films written and directed by women.