The Cucalorus Film Foundation has announced that Byron Hurt will chair the non-profit art organization’s board of directors for 2021-2022. Hurt’s film “Hip Hop: Beyond Beats and Rhymes” screened at the 2007 Cucalorus Film Festival. In 2017, Hurt was a member of the Cucalorus Works-in-Progress Lab with his upcoming documentary “Hazing” and has served as a mentor for the program in recent years, guiding rising filmmakers as they navigate the industry.

“It is an honor to be selected to serve as the new board chair for the Cucalorus Festival,” stated Byron Hurt. “I’ve been a member of the board for two years and have been impressed by the level of organization, planning, and foresight by its board members. I look forward to being a key member of the leadership team at Cucalorus, and contributing to its growth.” 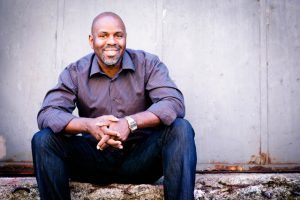 As a result of his decades-long work as a filmmaker and activist, Byron is widely recognized as a leading voice in the fields of independent filmmaking and gender violence prevention. He serves as an adjunct professor at Columbia University, and was a filmmaker-in-residence at American University. Most recently, Hurt was named by Firelight Media as a recipient of funding from the Williams Greaves Fund, a fund supporting mid-career BIPOC documentary filmmakers.

“Byron is an intuitive leader and his vision will help to drive transformation and adaptation within the Cucalorus community during these unprecedented times. Cucalorus is lucky to have another outstanding filmmaker taking this key leadership role,” shared Cucalorus Executive Director Dan Brawley.

The Cucalorus Film Foundations is sponsored by the City of Wilmington, New Hanover County, University of North Carolina Wilmington, National Endowment for the Arts, and North Carolina Arts Council and is funded, in part, by a grant from South Arts with support from The Andrew W. Mellon Foundation.