HEYYYY CUCALORUS* (sung to the tune of “Macarena”)

by Bay Dariz
I attended my first Cucalorus in 2015, the year the fest turned old enough to drink… 21! To celebrate, they threw a “21-Minute Party” where everyone received a shot of whiskey in the elevator to the bash, along with pickle juice to chase it—though I abstained from the chaser. As a screen projected a countdown from 21 minutes, a DJ started spinning and everyone was immediately dancing as if they had been raging for hours. It was 21 minutes of intense fun, and then it was over.
I think that was a perfect microcosmic example of what Cucalorus is, at its heart. It’s this magical thing that happens for a short time once a year, and those of us fortunate enough to be there experience an intensity like we’ve been dancing for hours. After the hangovers from the closing night karaoke party fade on Monday morning, we simultaneously wish it was *always* Cucalorus and also have to admit that level of intensity is unsustainable to us mere mortals (Convulsions curator Aaron Hillis is obviously the exception). 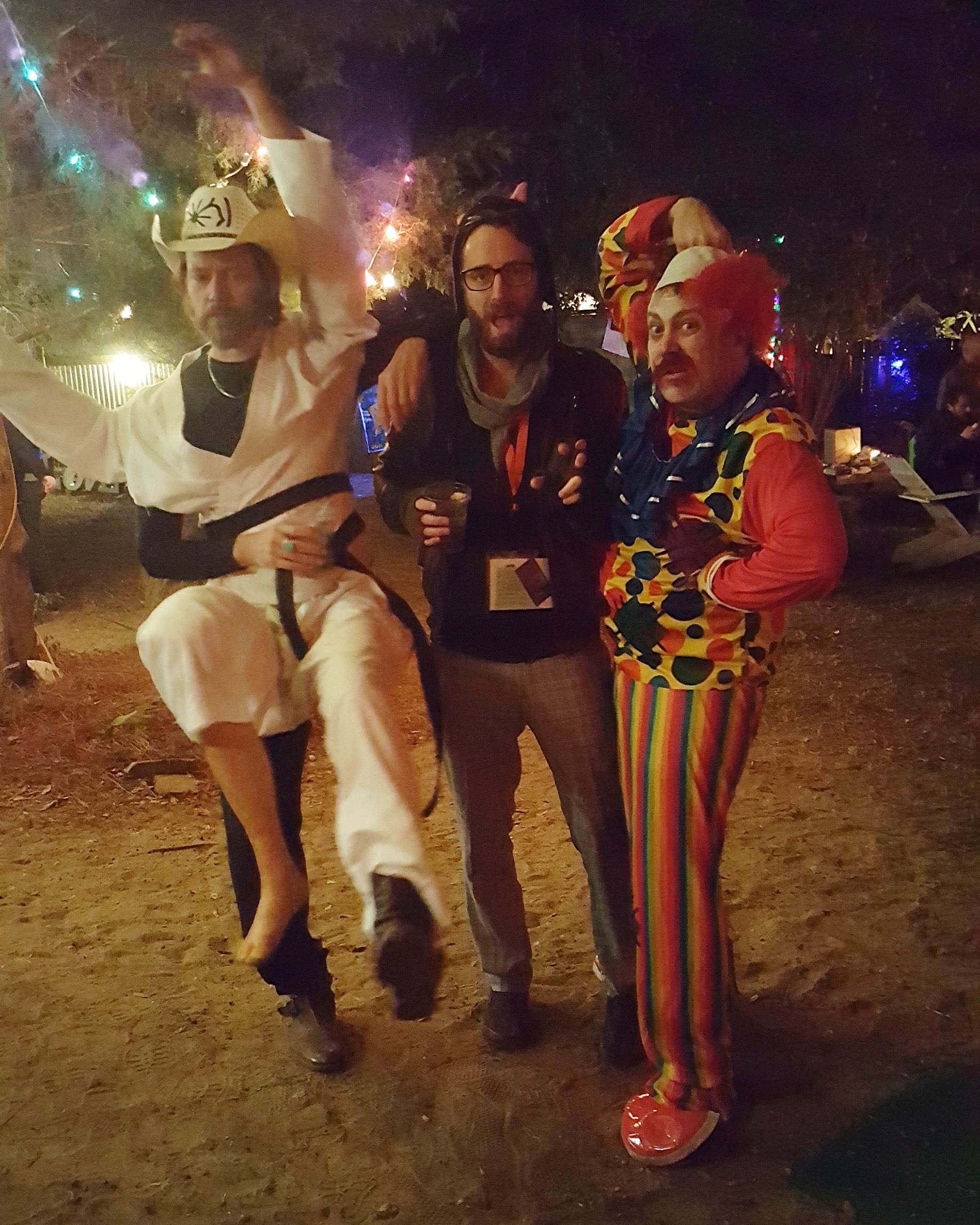 I’ve been officially named an “Ambassador” for Cucalorus, though I’ve been unofficially evangelizing for years, and I’m often asked by filmmakers “what makes Cucalorus so special compared to other festivals?” Many fests I’ve had the privilege of attending have their own unique culture, but the differences with Cucalorus are so clear to me. As a non-competitive event late in the year, the camaraderie between artists is heightened to a level I’ve never experienced anywhere else. When filmmakers feel free to enjoy themselves and connect with each other without pressure, expectations or competition, magic is inevitable, and it feels as if the festival *conspires* to bring everyone together to make these connections. The filmmaker lounge and legendary late night / early morning backyard Jengo’s hangouts guarantee you’ll keep bumping into other filmmakers and festival staff. If you embrace these opportunities, you’ll leave your first Cucalorus with at least a dozen new inspiring friends from across the globe.
I loved my first Cucalorus so much, I came back the following year as a programmer and emcee… alone, without a film myself, and no idea what to expect. I took the red-eye on Election Night 2016 just after the results came in—terrified about what they meant for the world. When I arrived at the opening-night party, every corner I turned saw a familiar face  followed by a hug! It felt like the entire city of Wilmington wrapped its arms around me and infused me with love. I needed all of those intimate greetings to remind myself that all was not lost, and that things might ultimately be OK.
The one regret I have about Cucalorus is that there are so many films and performances to watch, events to attend, and scavenger hunts to explore, that there’s simply no way to do it all. You must choose your path (or let it choose you) and not be bothered by all the once-in-a-lifetime events you’ll only hear about later. You simply can’t be in more than one place at a time (again, Hillis being the exception).
When I attend other festivals, I always seek out and hang with my Cucalorus crew. We’re a loud, nerdy gang that doesn’t care if other people are in on our jokes.
If you’re reading this, about to attend your first Cucalorus, don’t be afraid of us. We are always looking for fresh blood to add to the rogues gallery of broken toys that make up this globe-spanning creative sisterhood. You’re probably already one of us.
________
Bay Dariz is a Los Angeles-based producer, co-founder of Minutehand Pictures, and talent manager at Cinterra Entertainment. It you see him at Cucalorus 25, be sure to ask him to play “Snaps.”
November 5, 2019