Cucalorus provides a non-competitive environment to support independent filmmakers, performance artists, and community organizers who use storytelling to transform our world. The festival is held each November in historic downtown Wilmington, North Carolina and showcases more than 125 films complimented by performances from dancers, comedians, musicians, and performance artists.

Twinkle Doon, a group of 12 Wilmington filmmakers, screened 16 short films from North Carolina – dubbed officially as “An Evening of Celluloid Art, a film festival for open minds.” Filmmakers, artists and film enthusiasts lined the streets along the Cape Fear River waiting to enter a packed out Water Street Restaurant for this one night event. Matt Malloy appeared as “the boy who plays guitar.” According to co-founder Kristy Byrd: “There were no prizes or awards. We didn’t want this to be a competition. It’s a showcase for filmmakers not only in the Southeast, but all across the country.”

Building on the success of the initial festival, Cucalorus morphed into a 2-day spring festival. The non-competitive showcase attracted submissions and attendees from all over the Southeast. Films such as Josh and Jonas Pate’s The Grave and John Schultz’s Bandwagon were crowd favorites.

Farhad Yawari’s Dolphins screened outside, along the Cape Fear River, on the deck of the USS North Carolina.

Wilmington-made The Dangerous Lives of Altar Boys, from producer Jodie Foster, was an audience favorite.

Gus Van Sant’s Elephant, the East Coast premier of Tricia Brock’s adaptation of Killer Diller, which is based on a novel by Wilmington author Clyde Edgerton, and Ross McElwee’s Bright Leaves were highlights.

For the first time, Cucalorus opened in early November and the historic Thalian Hall Center became its primary venue.

Screened films Taxi to the Dark Side and Freeheld went on to win Academy Awards for Best Documentary Feature and Best Documentary Short, respectively. The closing night film, In Search of a Midnight Kiss, released in 2008 to critical acclaim.

Erica Dunton presented her film The 27 Club. Marianna Palka and Jason Ritter were here for the screening of their film Good Dick, and the festival closed with a special screening of Wendy and Lucy with Kelly Reichardt on hand.

Record-busting crowds joined artists like Ray McKinnon (That Evening Sun) and Gary Lundgren (Calvin Marshall) for five days of salty celebration as Cucalorus celebrated 15 years of renegade festival making. Four films from the festival went on to receive 10 Oscar noms and no one was seriously injured as far as we know.

More than 200 artists traveled to Wilmington to participate in the annual celebration. Joining filmmakers were dancers, choreographers, spoken word artists, musicians, performance artists and installation artists – as Cucalorus spread its arms to embrace an increasing collection of diverse artists. Luke Matheny joins the family for a screening of God of Love (2011 Academy Award winner for Best Live Action Short). Matt Hulse brought his satchel of seeds and became the King of Cucalorus 2010 by participating in the works-in-progress program, hosting his signature ‘Audible Picture Show’ and presenting the world premier of his short, A Pilgrimage.

The 17th annual Cucalorus Film Festival came to a close on Sunday night, capping off a record year for the events overall attendance and marking the debut of the NC Retrospective program. The festival hosted 297 artists, including filmmakers, dancers, choreographers, poets, musicians, actors, and one mime from 7 different countries around the world and from cities scattered across the country. Accumulated attendance at the festival’s screenings, parties and educational events totaled 10,515.

Top grossing films were Holy Motors, A Royal Affair and Somebody Up There Likes Me. Durham-based filmmaker Jim Haverkamp hosted a standing room only screening of experimental shorts produced during the film festival as part of the Strange Beauty Challenge. Festival staff conducted a closing ceremony described as “the Holy Rite of Communion served by the First National Church of the Exquisite Panic.”

An extended conversation on the stage at Thalian Hall with Shirley Knight and director Gary Lundgren was one of Saturday’s many highlights. Bobcat Goldthwait made his first appearance at the festival with his found footage horror film Willow Creek. The world premiere of Rebecca Kenyon’s doc Something You Can Call Home sold out on Friday night. Toronto based filmmaker Ingrid Veninger’s The Animal Project had its US premier at City Stage.

Cucalorus officially comes of age! The launch of the Connect Conference brought innovators and entrepreneurs together for gatherings all over downtown. Wilmington on Fire by Christopher Everett sold out with a line wrapped around the block. Waffle Street by Eshom and Ian Nelms and Applesauce by Onur Tukel were other favorites.

Cuctails took over the booze scene during the fest, conjuring delicious regional cocktails for us all. Louis Foreman taught us what to do after you’ve thought of a great idea in his keynote Connect speech. Ingrid Jungermann made a return to Wilmington with her queer dark comedy Women Who Kill, and UNCW alum producer Hillary Pierce brought us Tower. A tribute to local camera engineer legend Joe Dunton included films like Oliver!, The Shining and Dance Craze. Vivan Kubrick and steadicam inventor Garrett Brown joined for a livestreamed Q&A!

Hurricane Florence couldn’t rain on THIS parade. A little over a month after one of the most destructive hurricanes in our port city’s history raged through Wilmington, Cucalorus 24 brought collective joy, societal mindfulness, and a raucous good time to a community in recovery.  Indie legends Superchunk kicked off the festivities, the Connect Conference celebrated four years of innovation, and over 200 unexpected films were screened. Other highlights included John Jeremiah Sullivan and Rhiannon Giddens’s powerful musical exploration of Wilmington’s pre-coup culture of 1898.

Jacqueline Olive presented Always in Season, which premiered in competition at the 2019 Sundance Film Festival and was awarded the Special Jury Prize for Moral Urgency. Visual/Sound/Walls, our opening night concert, blended the work of North Carolina musicians with the visual styling of a video jockey. A mashup of hip music videos were projected onto more than a dozen screens for an immersive experience – a seamless flow of ear-pleasing, eye-popping entertainment. Thomas F. DeFrantz’s reVERSE-gesture-reVIEWed explored the provocation of Kara Walker’s “Harper’s Pictorial History of the Civil War” series with shadowplay, dance, and image subtraction technology. Tom Whiteside’s It is Time installation was a spatially adventurous film program about time, with many films more than 100 years old as well as more recent wonders.

A worldwide pandemic couldn’t stop Cucalorus 26! Screenings were hosted in three formats: live online, streaming on-demand, and at the drive-in on the University of North Carolina at Wilmington’s campus. Selections included The Passing On produced by NC-based filmmaker Lana Garland and Megan Daniel’s heartwarming portrait of four transgender ministers called Proper Pronouns. Visual/Sound/Walls featured Sparks! and was hosted live online with 534 attendees. This special Friday the 13th retrospective of their wildly inventive music videos included live chats with host Aaron Hillis throughout the evening. A series of live conversations were held with filmmakers on Zoom throughout the festival, encouraging interaction and community building.

The 27th annual Cucalorus Film Festival returned in person to downtown Wilmington, North Carolina. Selections included The Rest of Us, Florencia Krochik’s exploration of the broken American immigration system, and Alexander Liu’s honest and personal documentary about sex education in America, A Sexplanation. Editing collective Racer Trash curated a Visual/Sound/Walls experience at Jengo’s Playhouse, as well as the Bus to Lumberton, which took over Thalian Hall’s Mainstage with an adoring destruction of David Lynch’s masterpiece Blue Velvet. 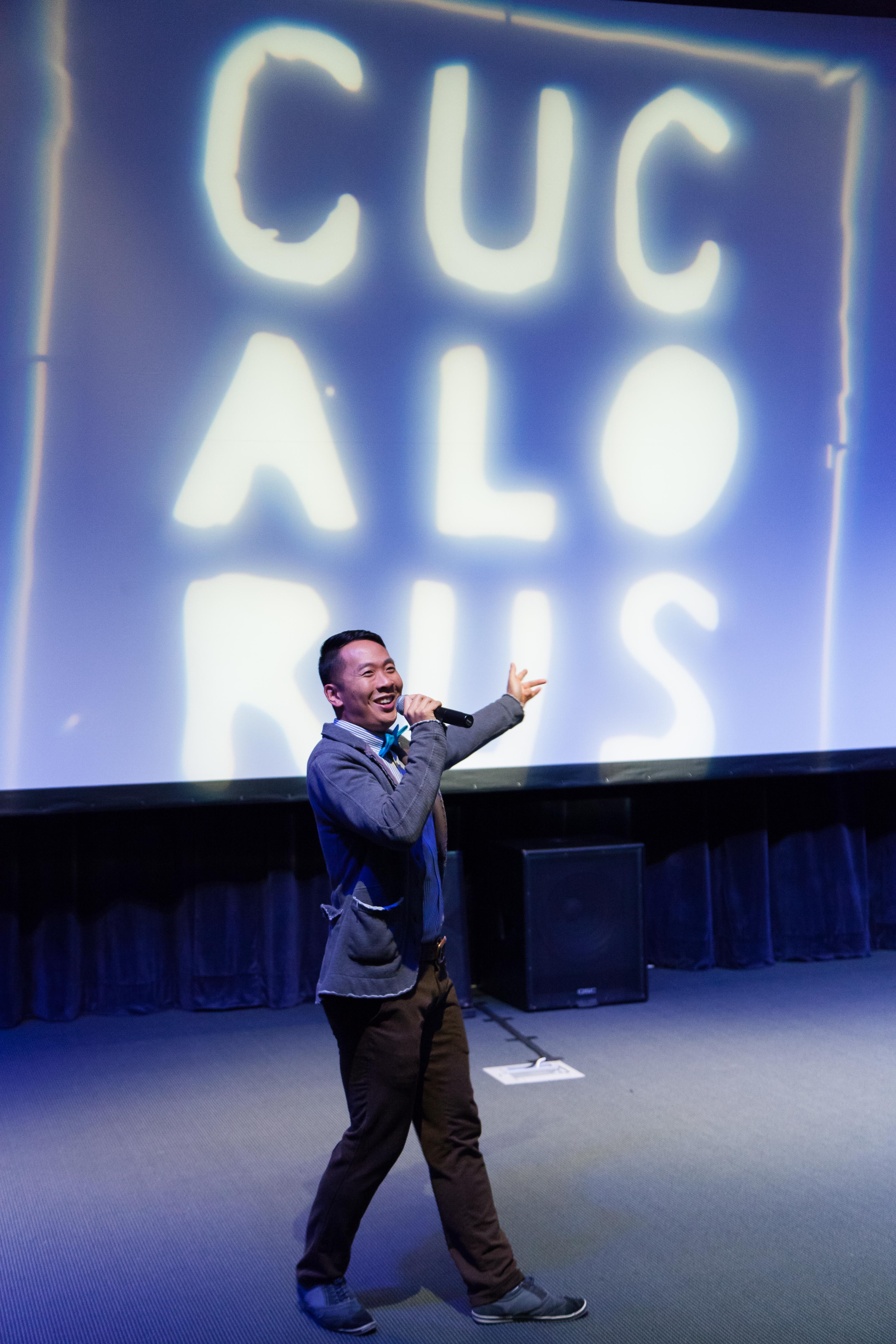 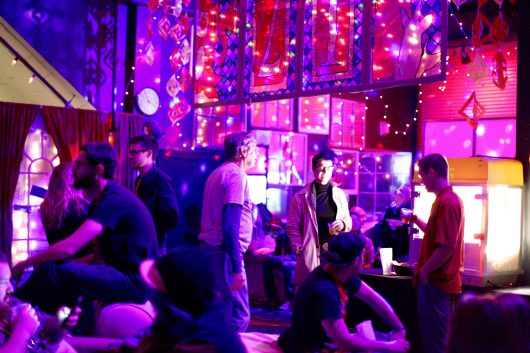 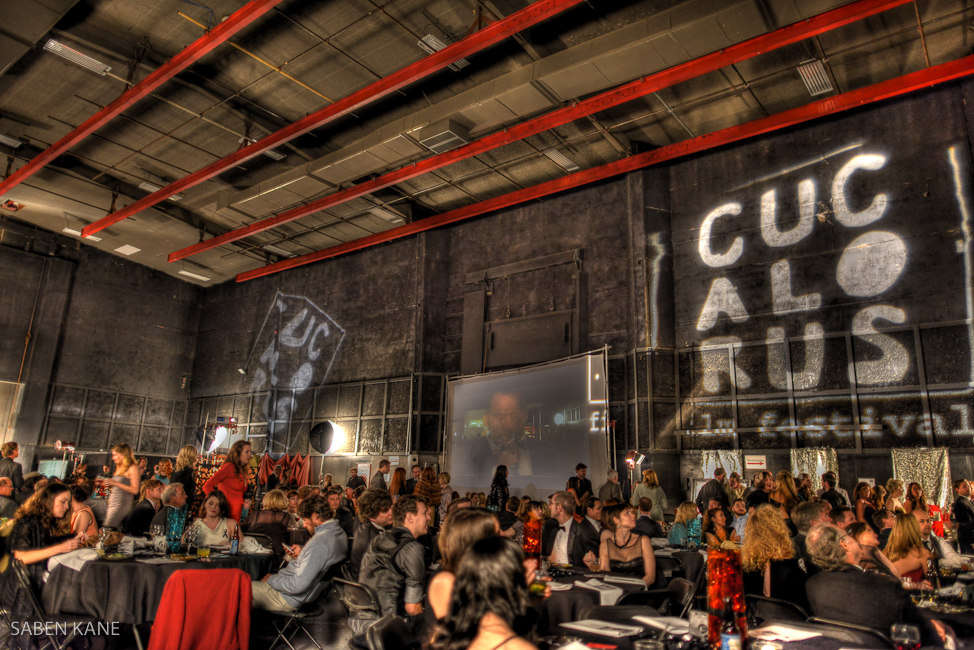 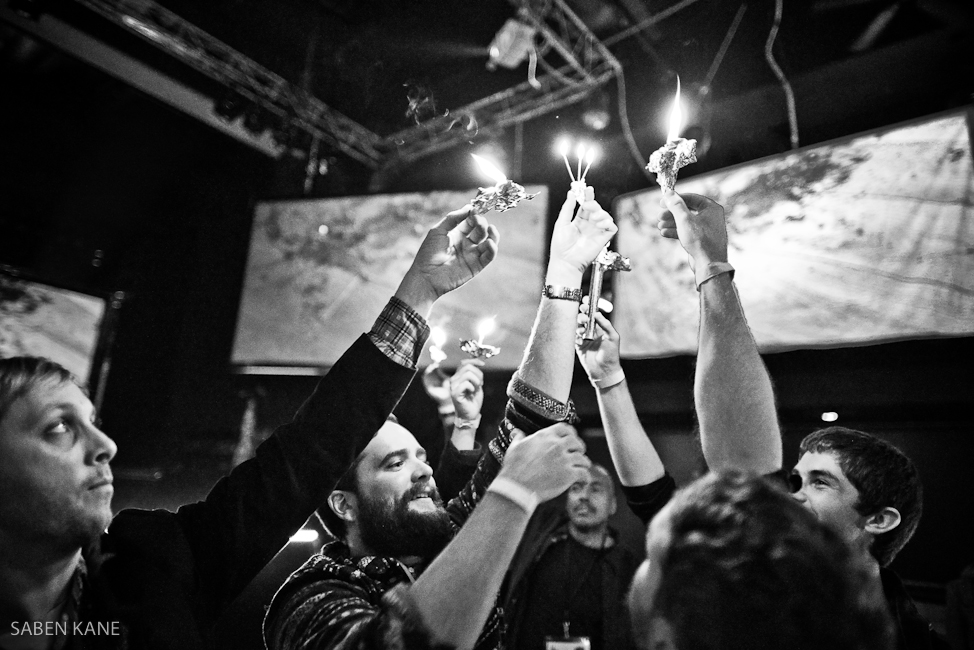 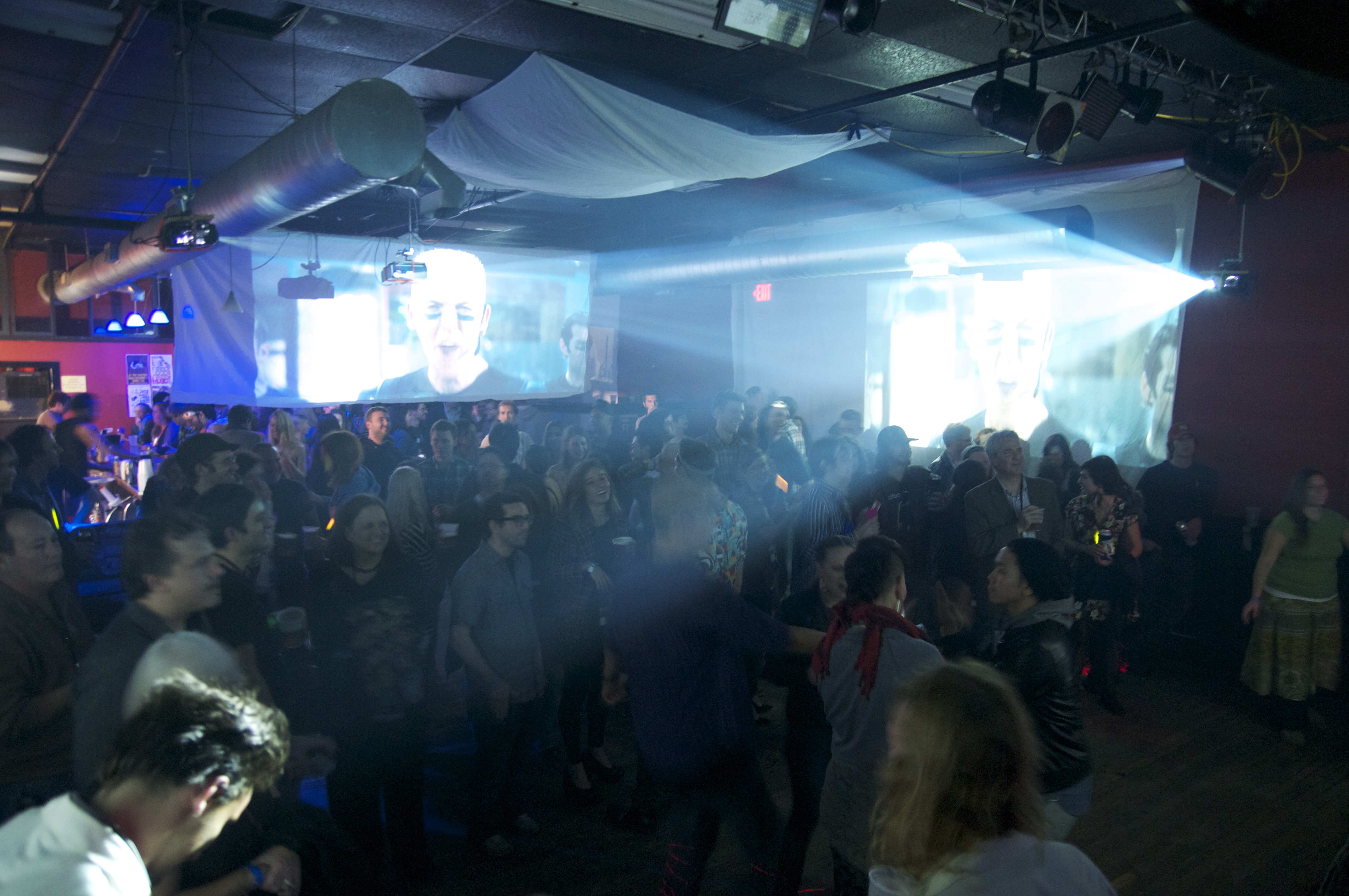 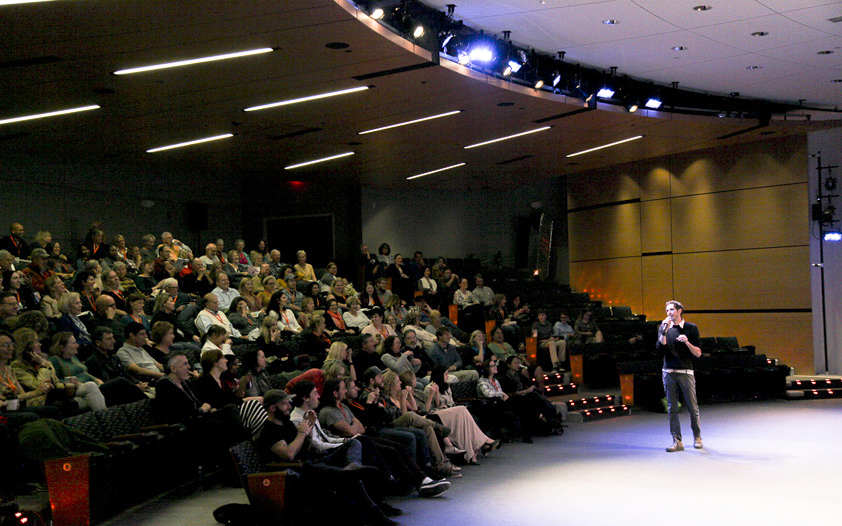 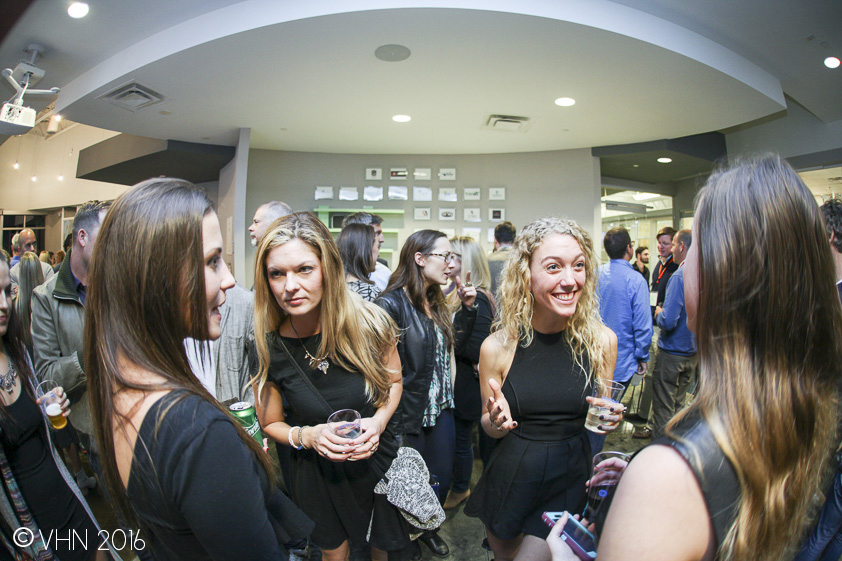 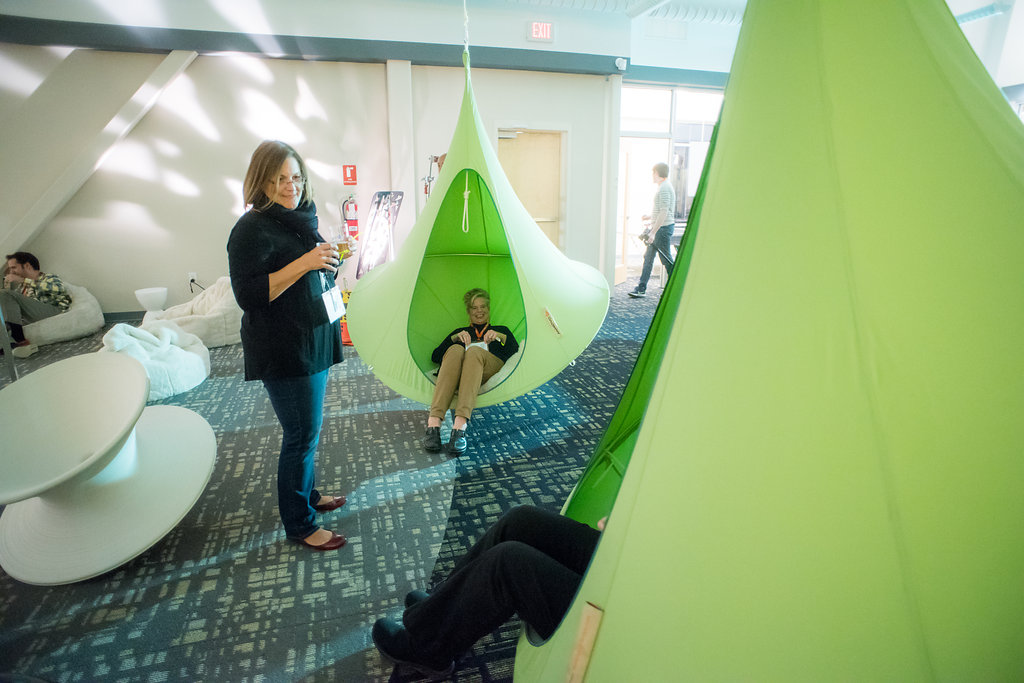 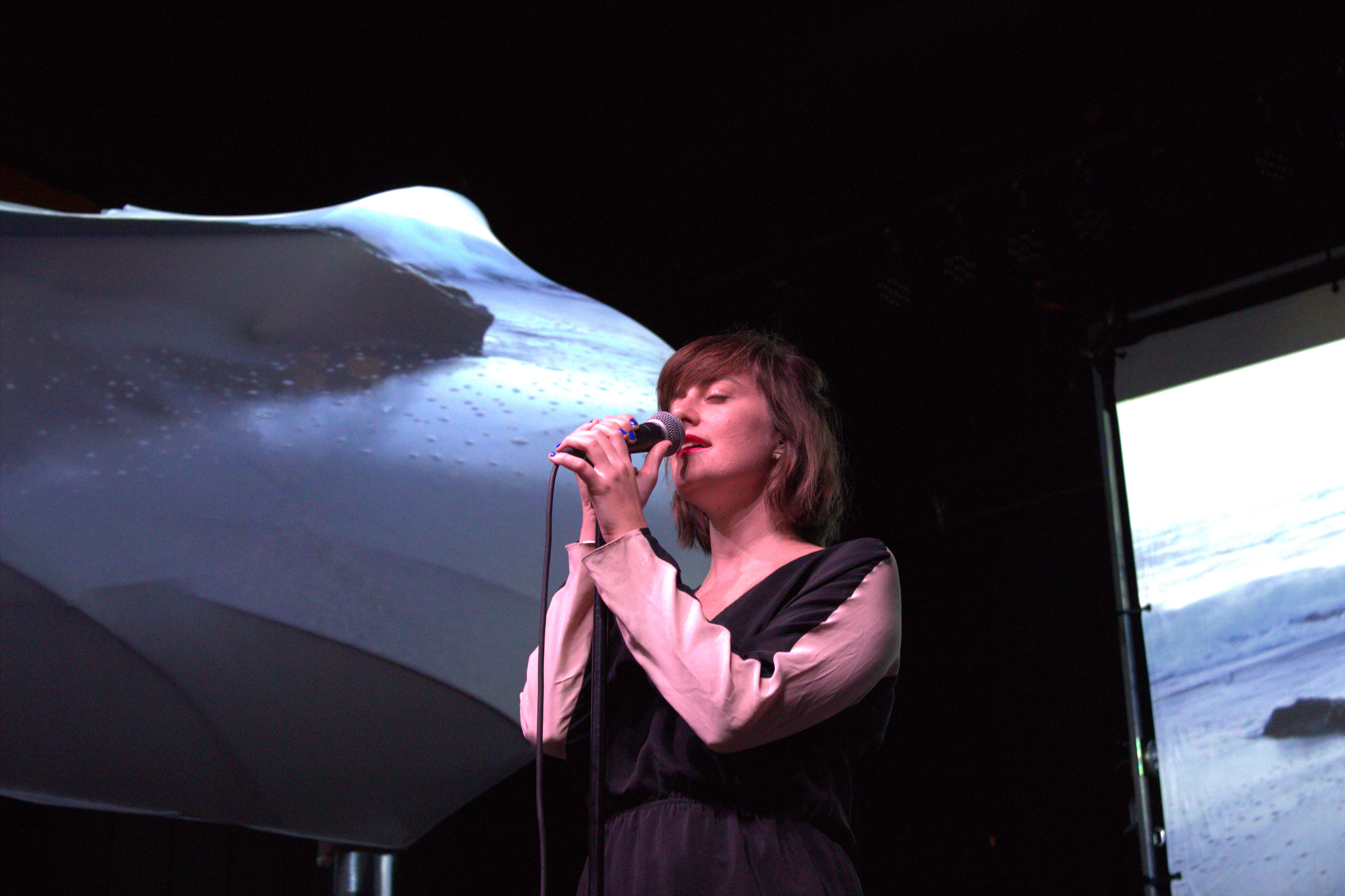 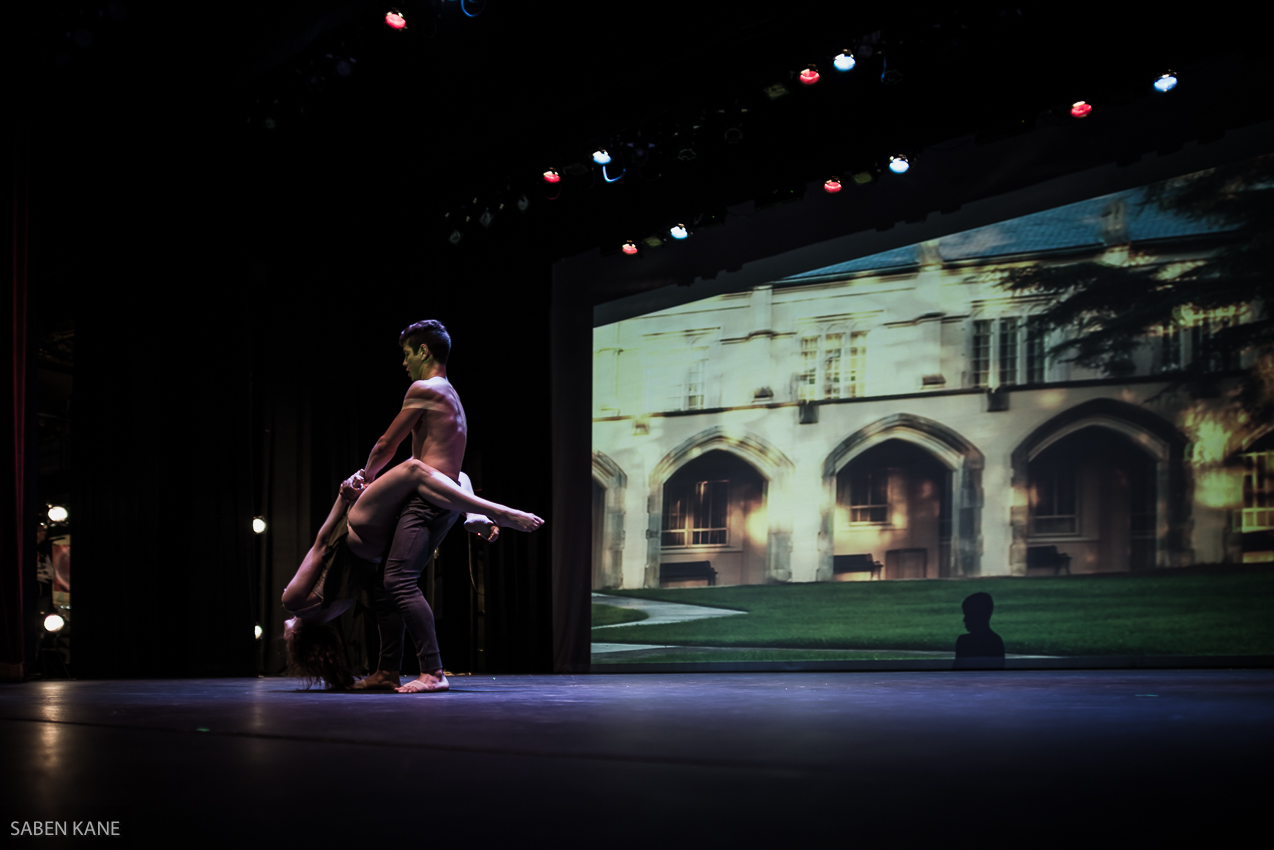 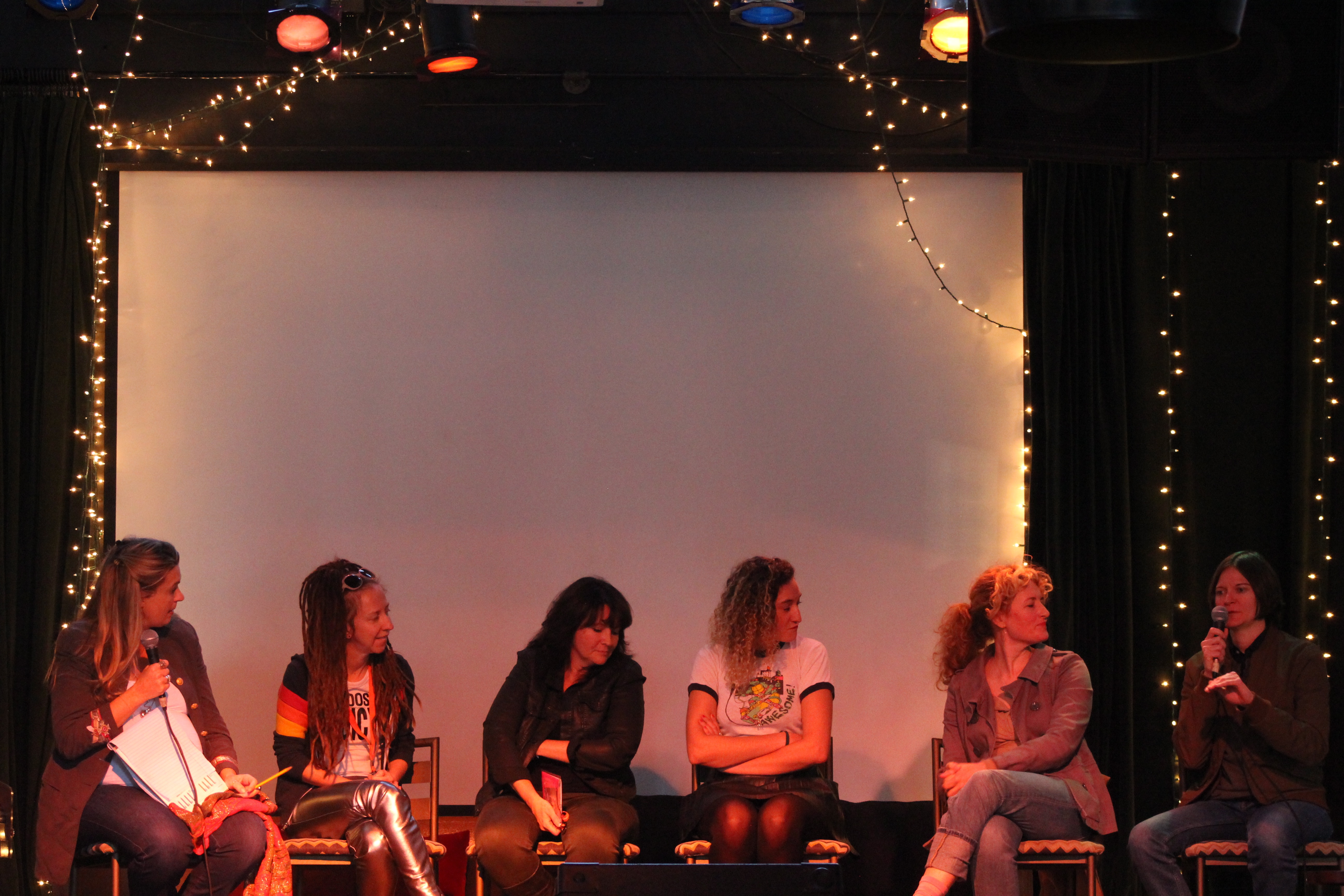 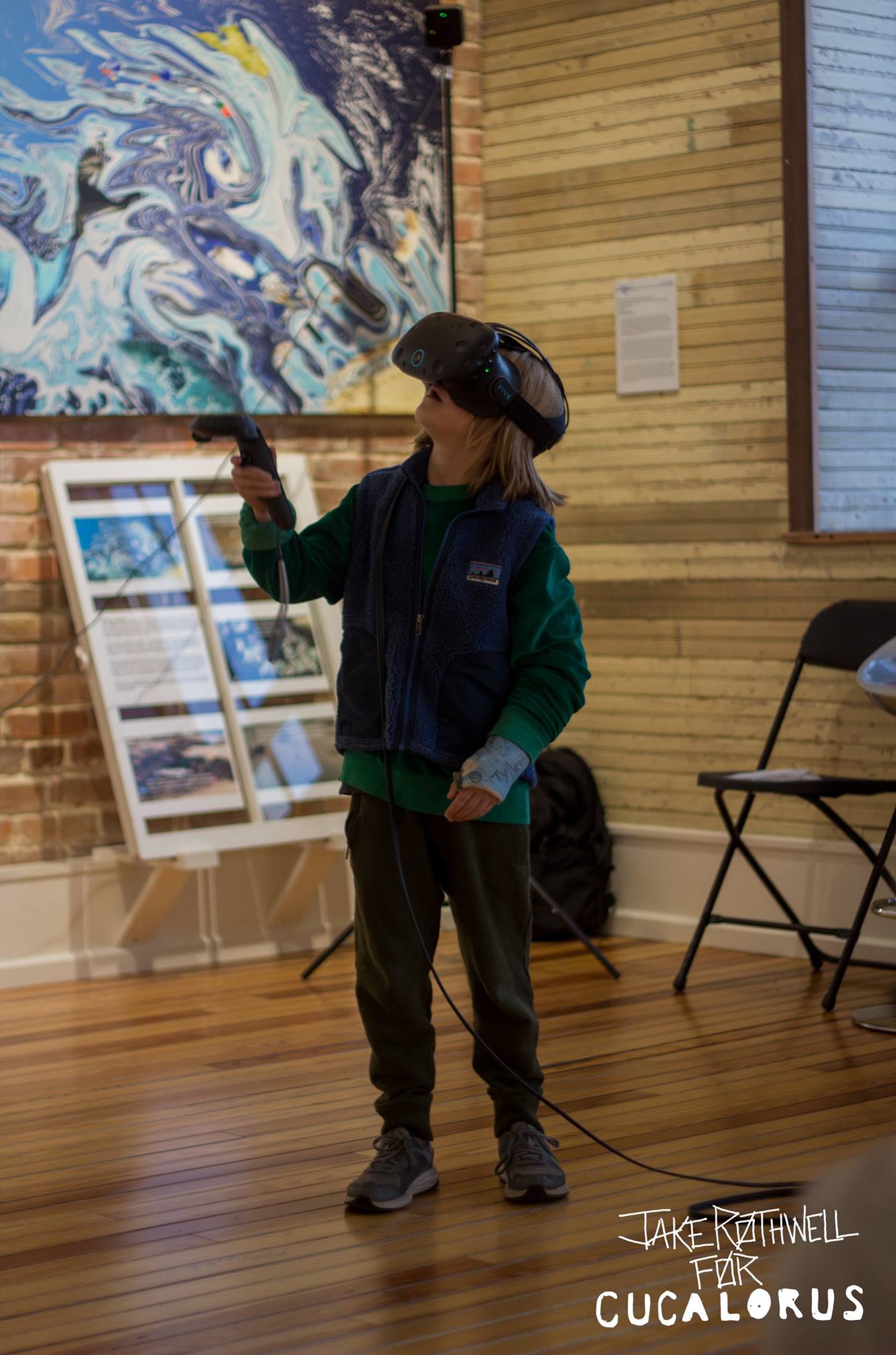 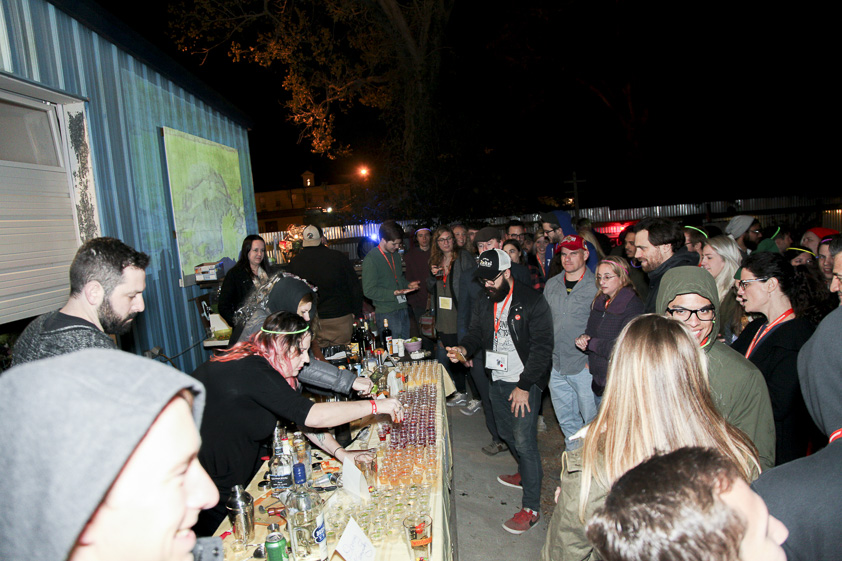 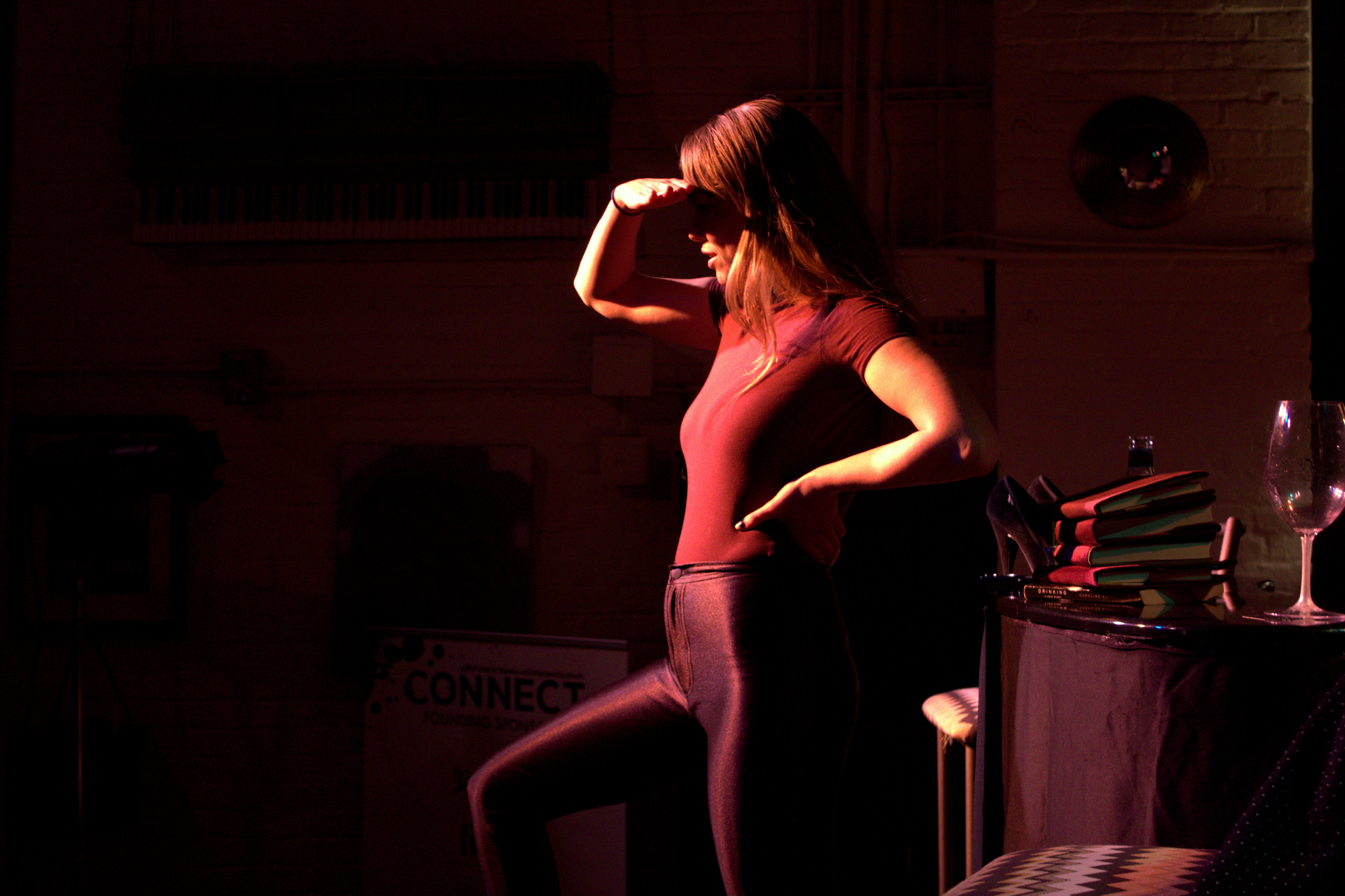 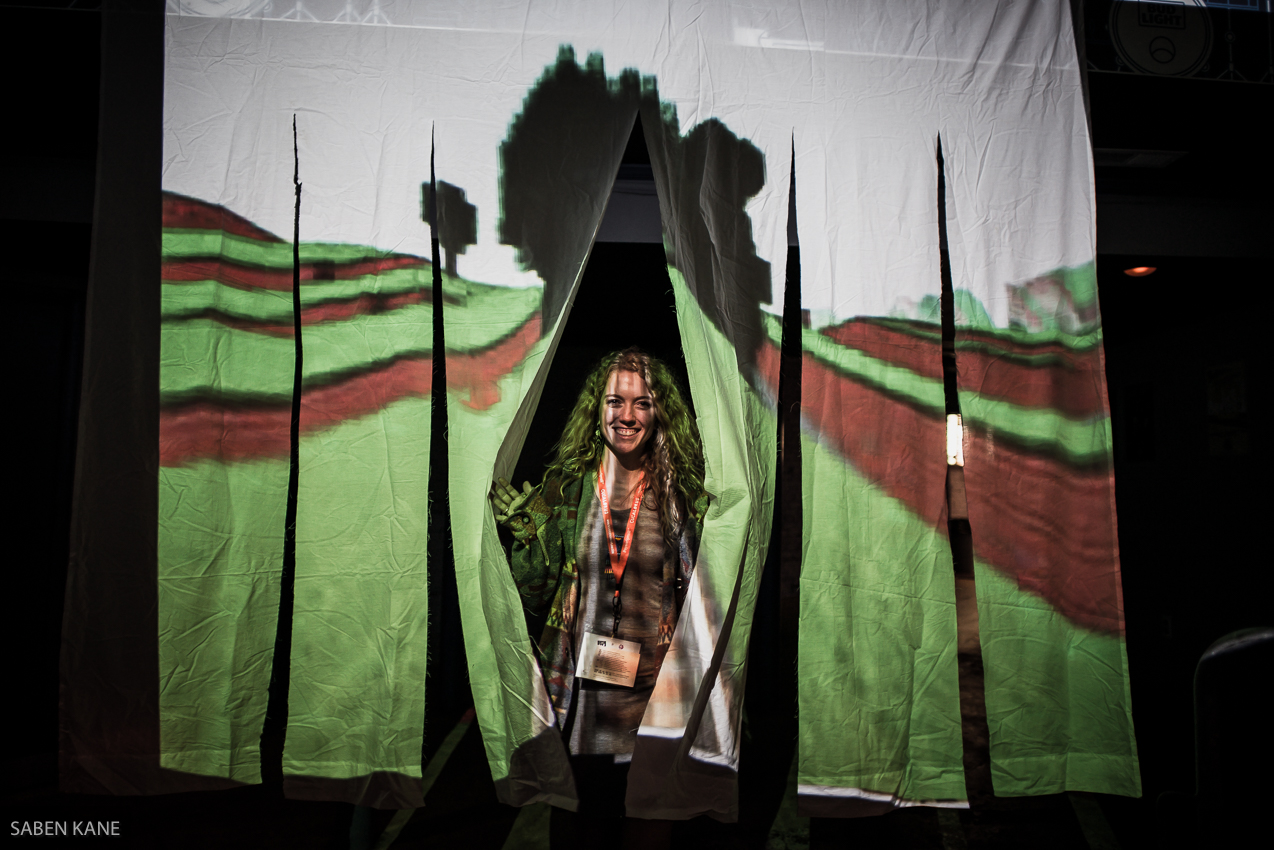