“Hey, you’re the guy. You do those poems to open the films.”

“Well, I’m trying to get on your level at the coolest film festival in the universe.”

The big homie in my community is the guy with the clout, charisma, that “it-factor” in the neighborhood that folks respond to. At the Cucalorus Festival, that guy is Dan Brawley, who invited me to come check it out for years until that fateful week in November of 2010… Talk to the big homie, and the stars are the filmmakers, the artists, the volunteers, and attendees.

I take that sentiment into every festival, and sponged a wealth of knowledge during my six-year term as a board member of the Cucalorus Film Foundation. For those of you not on the mailing list or residents of Wilmington, Cucalorus can appear at first glance to be an alternative universe we experience every November. The lens I got from my board member experience shows the “angel in the details” of a year-round operation with several iterations and programs from November to November. 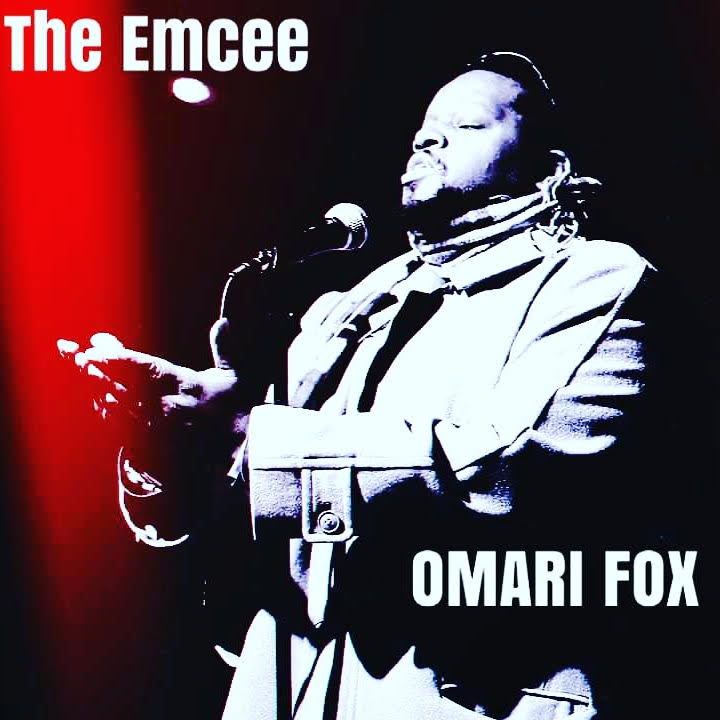 Like a lot of the coolest things in life, they are hard to describe until you get engulfed in their atmosphere. For me, those treasured moments have been during the ’80s hip-hop era in New York City, when the community was the stage and the round-the-way girls and guys were the critics. No money, no promotional machine, just you and your gift on display.

The next cool chapter in my life was during college, training to be a teacher and then ultimately becoming the greatest, most dominant (et cetera, et cetera) art teacher of all-time, supporting a new era of arts and culture in South Carolina public schools.

My third coolest chapter is still being written at Cucalorus 25. It’s inspiring to actually sit in a board meeting and envision all of the wonder with my illustrious boardmates, the cadre of staff and supporters, then land in Wilmington to watch it all come to fruition. Then to enjoy a kind of celebrity status as an emcee? Wow. But the key to emceeing is that earlier note from the Big Homie Dan Brawley: to make the artists, the people, and the films the true star. I always try to honor the integrity of the production with a panache, sensitivity, humanity and fun… or heaviness as necessary, depending on the content.

There are veteran filmmakers at Cucalorus who share stardom equity with the new artists emerging upon the scene. Watching a cast and crew of first-timers at a Works-in-Progress screening (one of the Cucalorus pillar programs) finding their voices by letting the audience see the cutting-room possibilities, and weighing in on the content and flow can be daunting for everyone. I truly love those opportunities to simply hold the room, and make it a safe but constructively critical space for those films to blossom. Cucalorians make it easy because all we want to do is win. “Ain’t” just films, my people—this is truly Film, Stage, and Connect city across a spectrum of interests and industry, but always true to the core of the “FILM” foundation.

I was unfortunately born a Leo, and highly prone to fame and ego-tripping, but between the big homie and my dearly beloved Mama Barbara Fox, all I can be is humble and amplify the radiance of this Cucalorus thing of ours, so that “keeping it reel” never goes wrong. For 10 years, I’ve tried to prepare my material, and burst out on the stage to get the audiences geared for what they will witness. Every year, I just have to be in the atmosphere, and talk to the production teams, the best boys, the key grips, the fans, and then I go into my Rain Man. It’s an ethereal high to be backstage at Thalian Hall, and have the Cucalorus Gods and Goddesses channel their spirit and make me surrender to the will of their creativity. I imagine it’s like what Michael Jordan felt in pregame warm-ups at Madison Square Garden… the only things the fans are there to see are the films and filmmakers performing, then “Filmulus” the Cucalorian Goddess of Cinematic Experience bites my Adam’s apple and radiates baritone bars and sonnets from the heavens. There’s no other way to explain it.

That’s the teacher and fan in me. I love watching the art of this Cucalorus world I’ve been blessed to witness come to life from all angles, and the hysteria that the coolest festival in the universe generates. Whether I’m at Thalian for the big to-do, or at Jengo’s Playhouse for the cozy big to-do, it’s all a big to-do to me because of the power of film and the culture that surrounds the festivities. As a kid, I always wanted to be like Mike, Mr. Jordan of Wilmington, NC, but as a grown artist still striving to dream the impossible dream, I’ve been inspired by so many talented folks across all arenas from the local community to the big screen. And now I just wanna be like… Cucalorus. I am Cucalorus and so are you!

Omari Fox is the smooth talking, groove often, small or large stage venue stalking baritone wordsmith and leader of the New Danger Arts Collective. More known for poetics, Omari is actually a graffiti-based visual artist first by hook, and community organizer by crook, robbing the hopeless of hopelessness and giving rich ideas and enthusiasm back to the needy. A former six- year veteran of the Cucalorus Board of Trustees, Omari has been emceeing and supporting the festival since 2010. Listen to the intros, look at the art. IG: @newdanger_sirenart