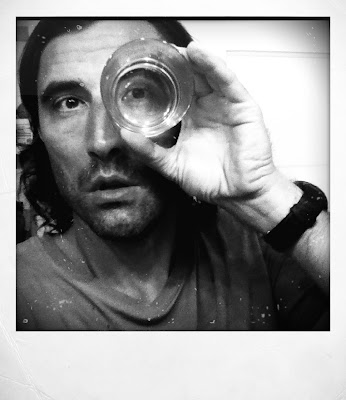 Dylan Patterson teaches creative writing, composition, and literature at Cape Fear Community College. His films include THE OTHER ROAD, a documentary about 3 single mothers living together with their 3 daughters; AMERICAN PRIMITIVE, a dark comedy about a young suburban couple who decide to “experiment” with a couple they meet on-line; and THE CHRISTMAS WAR, an experimental meditation on war and childhood.  He is currently in preproduction on ANHEDONIA,  a modern fairy tale about a CEO who offers a fortune to whoever can restore his daughter’s will to live.
Event Details
Start time is 7pm. Snacks will be served and wine and beer will be available. Raffle tickets will be given with each ticket for a chance to win some Cucalorus goodies. Members get in free and tickets are available online for $8 and at the door $12. The proceeds will be shared between the filmmaker and Cucalorus Film Foundation.
Click here to purchase tickets online!
Click here to become a member and get in for free!
Event Program
Bubblegum Card: Shot in grainy B&W Super 8 circa 1994, this music video for the song “Bubble Gum Card” by Wilmington indie band Emily’s Porch tells the timeless story of unrequited adolescent love and how skateboarding almost makes it all better.
The Other Road: A documentary about three Wilmington single mothers who choose to live together with their daughters in one small house.  By joining forces, they find strength, companionship, and heal from the wounds of the past. Features the music of Rusted Root.
The Christmas War: Fellini meets Salinger in this meditative short in which a precocious child contemplates the battles waged between men, or, at least the battle between her brother George and his best friend Oskar.
To Whom it May Concern: Created as part of Cape Fear Community College’s ARTS POETICA 3, this film is an adaptation of Wilmington poet Jada Ach’s poem of the same name. The director hopes it be a lesson to every bored literature student (or instructor).
Turn to Thin Air: In 1996, the director traveled from San Francisco to Vancouver, BC with a Super 8 camera and a bag of film. 15 years later, he edited the footage into this video that originally screened as part of Dance-a-Lorus 2010.
Sadie’s Waltz: ANHEDONIA cinematographer M. Shawn Lewallen shot this haunting story of grief and transcendence. A young woman trapped in a home destroyed by tragedy suffers her father’s tyrannical abuse until a strange vision inspired by a comic book advertisement shows her an unexpected path to liberation. (Written & Directed by Edward Tyndall)