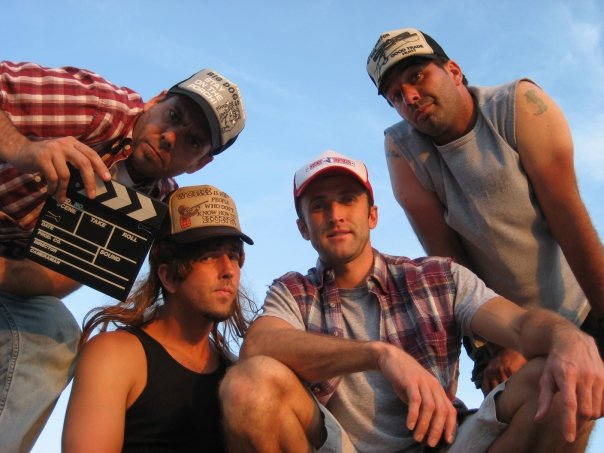 About Hank & Jed Movie Pictures
Hank and Jed Movie Pictures was established in 2005 by Brent Triplett, Nate Panning Bryan Mahoney, Ryan Risley and 2008 joined with Sheila Brothers, Jon Etheridge and Tony Schnur. They are known for their original, clever and comical storytelling combined with action. Hank and Jed Movie Pictures will be completing the animated feature Toonstone Summer 2011.
Event Details
Screenings start at 7pm. Guest performance by the band After School Special. Snacks will be served. A specialty cucalorified drink and beer will be available as well. Members get in for free or tickets will be available online for $8 and at the door $12. The proceeds will be shared between the filmmaker and Cucalorus Film Foundation.
Click here to buy tickets online
Click here to Become a member
Click here to check out After School Special

Whoopie Shu Pink
There’s telepathy and then there’s Whoopie Shu Ping.
Super Sam
When Super Sam’s arch enemy breaks up with him, it makes him appreciate the relationship they used to have.
Return of the Rednecks:
A Star Wars Spoof: Darth Vader has killed every Jedi in the universe, except for two, Hank and Jed.
Kill Yourself the movie:
Suicide rates are up, but are they really suicides.  One girl runs for her life as everyone around her dies by their own hand.
World Interrupted
Two hikers discover they can magically speak to the entire world.
Wrong Number
A heated wrong number leads to chaos.
Warped Galaxy
Doug was abducted by aliens years ago. Now they’ve come back, but their intentions have nothing to do with science.
Andy Biscuits
Andy explains what’s wrong with the world, like why bamboo and penquins don’t get along. And why Optimus Prime shouldn’t be a leader.
Doraleous & Assoc.
This most epic and awesome thing you will ever see.
Hank and Jed Movie Pictures
A Sketch comedy pilot originally shot for CMT
See you there!