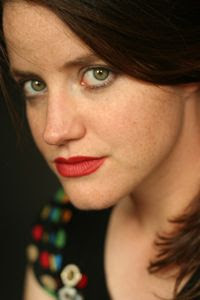 About Meg Lansaw
Meg Lansaw is a native West Virginian, Ohio State alumnus, vegetarian and filmmaker residing in Wilmington, North Carolina where she owns and operates Kissin’ Cousins Productions.
Lansaw has written, directed and produced numerous short films including “wait…” and “80 Windows” which have screened at festivals throughout the country including Charlotte, Appalachian, Cucalorus, LunaFest and LA Shorts Fest. She also received the 2nd place Screenwriting Award at the Appalachian Film Festival in 2008 for the feature film script “11:11”, which is currently in pre-production.
In addition, she has worked as a production assistant on various projects: Eastbound and Down, Hart of Dixie, Bolden!, The Secret Life of Bees, Nights in Rodanthe, Cabin Fever 2, Jamie Oliver’s Food Revolution etc…
Event Details:
Screenings start at 7pm. Snacks will be served. A specialty Cucalorified drink and beer will be available as well. Members get in for free or tickets will be available online for $8 and at the door $12. The proceeds will be shared between the filmmaker and Cucalorus Film Foundation.

The Lost Cause
A confederate soldier’s commitment to his cause takes a heavy toll on his family life.


80 Windows
Casper, a former rock star, has lost everything; his band, his girlfriend, and now his house. In one evening, four estranged friends unexpectedly reunite and are forced to confront the past.

Musical Chairs
Time Lapse commercial promoting Cucalorus 12, where a variety of films duke it out for the last seat at the festival!

wait…
Paige Turner is a reclusive writer with an overwhelming fear of the outside world. Every evening she drafts definitions to the word ‘wait’ repeatedly, as she envisions the brutal attack of two sisters. This psychological thriller was inspired by actual events.

CucalorBus
How many peeps from all walks of life can fit on a bus to the Cucalorus Film Fest? There’s ALWAYS another seat on the bus!

Chip & Sally
Chip loves Sally. Sally loves Chip. Chip proposes to Sally, but cannot afford to celebrate with a nice meal. They stumble upon a woman offering a coupon including complimentary Chips and Salsa. Little do they know what’s for dinner…

11:11 Footage
“11:11” is a narrative ensemble piece about the interconnectivity of lives and the effects timing and decision making have on destiny. These clips include footage of the Flashbacks and Dream sequences that will be intertwined in the final cut of the film.