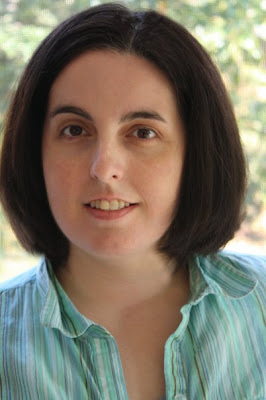 About Shannon Silva
Shannon Silva is an Assistant Professor in the UNCW Film Studies Department. As anexperimental and documentary filmmaker, her principal interests include issues of gender, fan culture, consumerism, and community-building creative initiatives.
She holds a BFA in Art from Texas State University and an MFA in Film and Video Production from the University of Iowa.
In addition to directing over 30 short films and videos, which have screened at festivals internationally, she has worked as Screenplay Competition Director for the Austin Film Festival and as Associate Producer for the 35mm feature “Monster Hunter” (Asylum Home Entertainment). Her community work includes directing the VISIONSFilm Festival and Film Scholars Conference, as well as supervising the UNCW Reel Girls Project (a joint filmmaking project between the Film Studies, Sociology and Women’s Studies programs in which college girls teach middle schools girls about making their own films, assessing media with a critical eye and telling their own stories).
Currently she is in the final stages of post-production on the feature experimental documentary film, “MKA: Buy, Buy Love, Buy, Buy Happiness”(working title) which looks closely, and critically, at the evolution of the girl’s tween market and therole of Dualstar (Mary Kate and Ashley Olsen’s company)in the market’s explosion.
EVENT DETAILS

Start time is 7pm. Snacks will be served and wine and beer will be available. Raffle tickets will be given with each ticket for a chance to win some Cucalorus goodies. Members get in free and tickets are available online for $8 and at the door $12. The proceeds will be shared between the filmmaker and Cucalorus Film Foundation.
Click here to purchase tickets online!
Click here to become a member and get in for free!

EVENT PROGRAM
The Unbelievable Act of Totally Disappearing (2003) – 5 minutes
Using animation, hand-manipulated film techniques and original home movie footage from the day I was first brought home from the hospital, this 16mm film explores physical, temporal and emotional family distance in the age of technology.
Color Coded (2001) – 3 minutes
A southwestern, meditative, super-8 travel log.
To the Dead Girl, Thank You (2004)- 3 minutes
A direct address video letter to the filmmaker’s deceased great aunt.  The video questions the importance of family resemblance, individual identity and having a sense of belonging.
29 Places I Once Called Home (2006)- 20 minutes
A 20-minute, experimental, documentary, which explores the multi-layered connections between poverty, gender, frequent relocation, substance abuse, family violence and memory instability.
And Happiness Everywhere (2004)- 7 minutes
Shot on Super 8 and 16mm film, this four-month, intimate journal considers my conflicting emotions about being a newly married, thirty-something woman trying to negotiate between being an artist, being a wife, and, potentially, becoming a mother
JumpaJumpa (2009) -4 minutes
Shot on black and white, 16mm, hand-processed film, and vibrant, color, digital video Jumpajumpa is a musical love letter to the filmmaker’s first-born child after years of dealing with infertility.
Too Bare or Too Bush (2009)- 4 minutes
There was a time when refusing to shave your legs was an act of rebellion…oh, how times have changed.  Keep an eye on the latest beauty rag and eventually you’ll see that it’s big to be completely bare “down there.” With great sincerity, many twenty-something women are claiming cleanliness/tidiness and yes, liberation, as their inspiration for shaving or waxing their pubic areas. But is this just another attempt to keep women in a childlike, youthful state? Could it be yet another damaging trend that only encourages more body disorders?
Ichthyopolis clip (2008) – 3 minutes
Ichthyopolis is a 10-minute psychedelic technomation, which delves into a mythical cosmology of fish and their human caretakers.
WIP Buy, Buy Love, Buy, Buy Happiness: MKA, Dualstar and the Girls’Tween Market Explosion clips  (2011) – 15-20 minutes
Using expert interviews, animated reenactments, historical research and found footage, this feature lengthexperimental-pop culture-documentary-collage will look closely, and critically, at Dualstar (Mary Kate and Ashley Olsen’s company) and its role in the girls’ tween consumer market explosion.
Run time: 69 minutes
June 6, 2011