Passes for the 16th annual Cucalorus Film Festival will go on sale on August 20, 2010 as part of the foundation’s pass launch and early selections release party. Cucalorus will hold it’s 16th annual celebration of film from November 11-14, 2010 in the historic port city of Wilmington, North Carolina. Thousands of filmmakers and film fans from all over the world travel to Wilmington each fall for screenings, workshops and social events. The festival’s core venues include the recently restored Thalian Hall, City Stage Theater and Jengo’s Playhouse. Cucalorus staff will release a list of about 40 films, which have already been selected for screening at this year’s event. The final schedule of over 100 films will be released in early October.

The number of passes to the annual festival is limited, so film fans, cucalorus veterans and intrepid cultural explorers are encouraged to get their passes early. Cucalorus will host “Pass-a-lorus: Music, Movies and Munchies” at the foundation’s headquarters Jengo’s Playhouse at 815 Princess Street. Local band Jellyfish Kiss will play from 7-8pm followed by a screening of “Empire Records” (filmed in Wilmington 1994 and starring Liv Tyler and Renee Zelwegger) once the sun goes down. 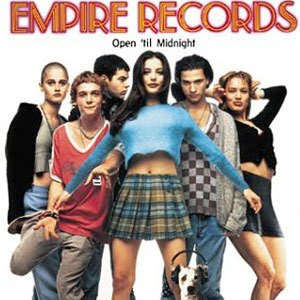 Enjoy munchies from Cucalorus’ exclusive snack sponsor, Good Health Natural Products. The party is an excellent opportunity to reserve your pass early since last year they sold out in a flash.

Pass information is as follows:

Pegasorus Pass ($300): All-access VIP pass, no tickets necessary. Free entry to all screenings, workshops and social events (including the Kickoff Party, the Pegasorus Luncheon, and the Midnite Brunch). Also includes entry to the filmmaker’s lounge.

Festival Pass ($150): Fifteen tickets total to screenings of your choice. Up to four tickets per screening. Free entry to the Midnite Brunch and access to the filmmaker’s lounge.

Screening Pass ($75): Ten tickets total to screenings of your choice. Up to four tickets per screening.

Last year MovieMaker Magazine named Cucalorus one of the “Top 25 Coolest Film Festivals” and The Brooks Institute called the fest one of the “Top 10 Festivals” in the US. In 2009, five films that screened at Cucalorus went on to receive Academy Award nominations. You’ll have to wait and see which independent films from around the world garner the Academy’s attention, as well as your own, but some of them may be in our early selections screening at the 16th Cucalorus Film Festival 2010. Come to Passalorus: Music, Movies, and Munchies to find out!

The Cucalorus Film Festival is sponsored in part by the City of Wilmington and the North Carolina Arts Council.

To Recap for ya:

WHAT: Pass-a-lorus: Music, Movies and Munchies
WHERE: Jengo’s Playhouse
WHEN: Friday, August 20 at 7pm to 10pm, music at 7pm, film at 8pm
HOW MUCH: Free entry for anyone buying a pass, $10 individual tickets
WHY: Get your pass for Cucalorus!

Tickets available at the door or at etix.com. If you have questions contact Courtney at operations@cucalorus.org or (910) 343-5995.