Tar Heel Shorties Comin’ at Ya

Last week we posted about Tar Heel Shorties; this week it’s happening. So- grab some friends and some tunes for a nice drive to Pittsboro, NC. There you will find your film fix with several short films that  previously screened at Cucalorus Film Festival.
TUE. APRIL 19TH, 2011: FEARRINGTON VILLIAGE BARN, PITTSBORO.
7:00 PM – $5 AT DOOR. 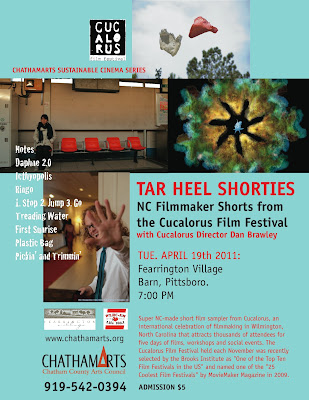 Here is a peek at what’s going down…
Notes by Marc Russo
www.marcrusso.com 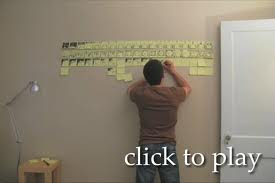 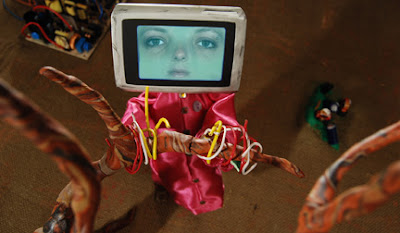 In Greek mythology, Daphne asked her father to turn her into a tree after growing tired of being chased by an unwanted lover. In Daphne 2.0, the classic myth gets a modern update: stop motion animation reveals a world of electronic scraps where Daphne, faced with a part-human, part-electric life, considers the material possibility of becoming a tree. In this imagistic short, animators Francesca Talenti and Marc Russo use an old myth to ask new questions about nature versus technology, human versus non-human, and what kind of bodies we want to live in.
Treading Water by Russ Roe
www.Russroe.com

Treading water is a short experimental animated documentary showing the perspective of different male surfers at different points in their lives. Animator Russ Roe is a graduate of the film studies program at UNCW.
Ringo by Dave Monahan 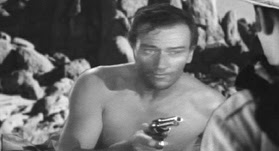 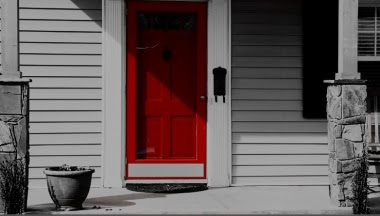 The story of a person obsessed with numbers, measurements, and calculation. These compulsions help one to make order out of the disorder of life. But, when even the regimented day to day becomes too much, how do we escape the counting?
First Sunrise by Kenneth Price
www.pricefilms.com 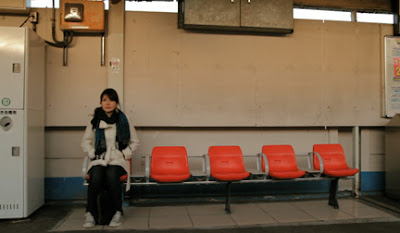 Betham is an American teaching in Japan, immersed in the work of daily life while learning a new culture. When she takes a trip to the Pacific Ocean to witness the first sunrise of the year, she begins to feel the stir of acceptance. Subtle and beautifully shot, First Sunrise captures the small breaks in routine that can take us in new directions.
Plastic Bag by Ramin Bahrani
www.raminbahrani.com 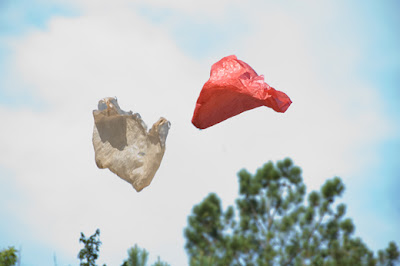 Struggling with its immortality, a discarded plastic bag ventures through the environmentally barren remains of America as it searches for its maker. In a not too distant future, a Plastic Bag goes on an epic journey in search of its lost Maker, wondering if there is any point to life without her. Hailed by many as the best film ever narrated by Werner Herzog about a plastic bag. Bahrani is a Winston-Salem native and one of a small group of North Carolina filmmakers like David Gordon Green who is making an impact on the international scene. Roger Ebert listed his feature “Chop Shop” as the 6th best film of the decade and declared Bahrani as “the filmmaker of the decade.”
Pickin’ and Trimmin’ by Matt Morris
www.mattmorrisfilms.com 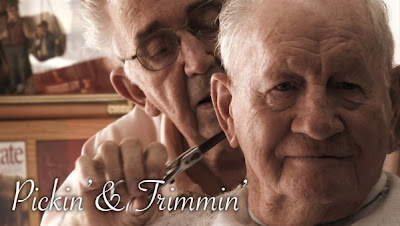 Down at The Barbershop in the small town of Drexel, North Carolina, the atmosphere is laid back and the music is a cut above the rest. For over 40 years, Lawrence Anthony and David Shirley have been cutting hair and providing a gathering place for all who yearn for the good ol’ days. Every weekend, musicians gather in the back room to play bluegrass, while others come in to hang out, tell jokes, and eat with their friends. PICKIN’ & TRIMMIN’ captures a piece of small town America where if it wasn’t broke, they didn’t fix it.
Icthyopolis by Andre Silva
www.silvacine.com

Ichthyopolis is a 10-minute psychedelic technomation, which delves into a mythical cosmology of fish and their human caretakers. What if the reality over which you thought you had some control, began to dissolve? Such is the case for the Fish Queen and the Fish Wrangler, who manage their worlds with routine precision untill a disturbance in the order leaves them helpless. Somewhere between the occult and the absurd lies Ichthyopolis, a universe consisting of two complemetary worlds that can’t help but eventually merge. Andre Silva currently teaches film production classes at the University of North Carolina at Wilmington as an Assistant Professor.
Fin.
April 14, 2011