The Works-in-Progress Lab (WiP) focuses on strengthening community impact for documentaries about social justice and is organized through a partnership with Working Films. The Lab is a week-long convening where participants share stories with fellow WiP Labbers and get feedback from strategic audiences. The lab will support the development of engagement strategies and includes a week of screenings, workshops, and sharing. WiP includes community engagement events, public and private screenings, impact strategy sessions, and one-on-one consultations. 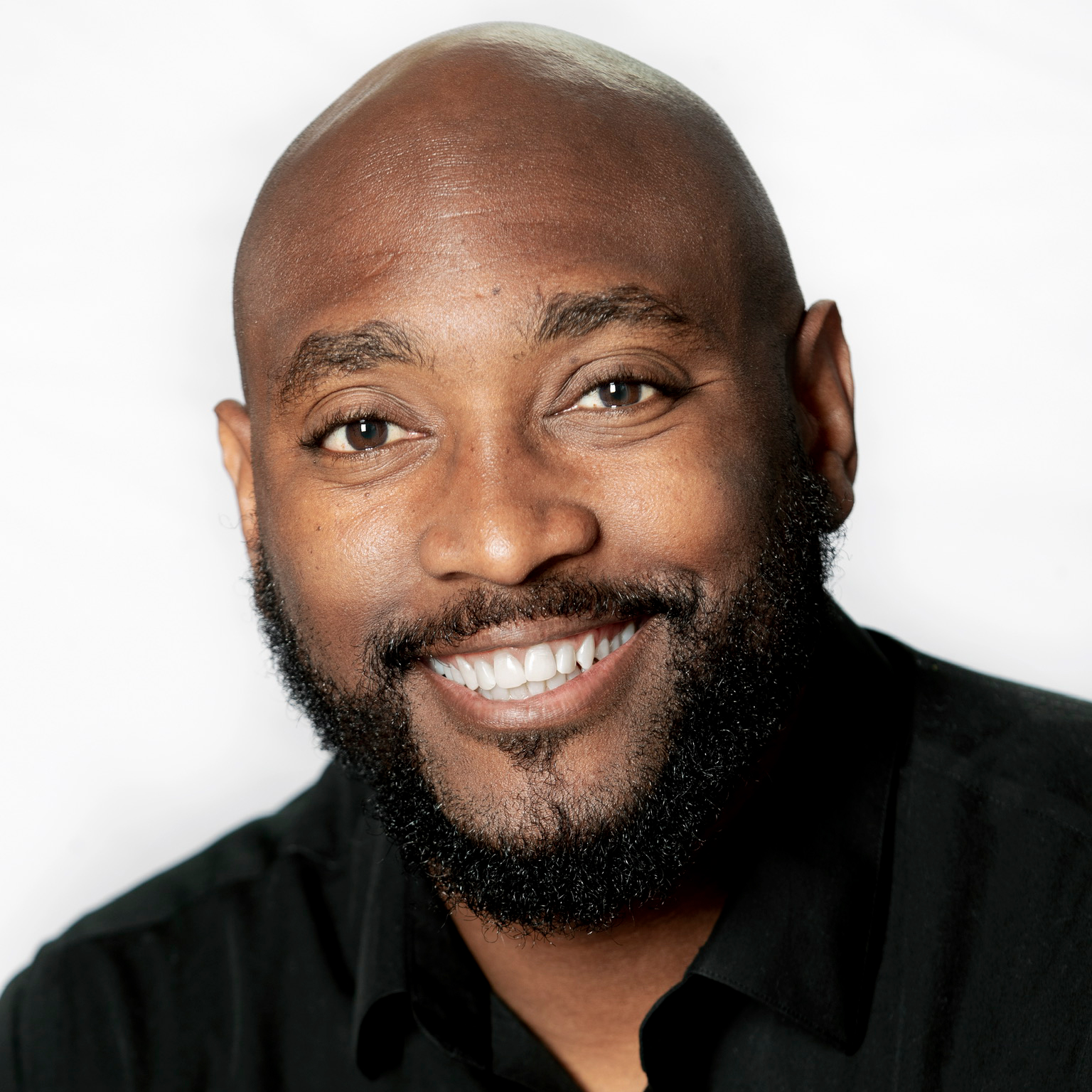 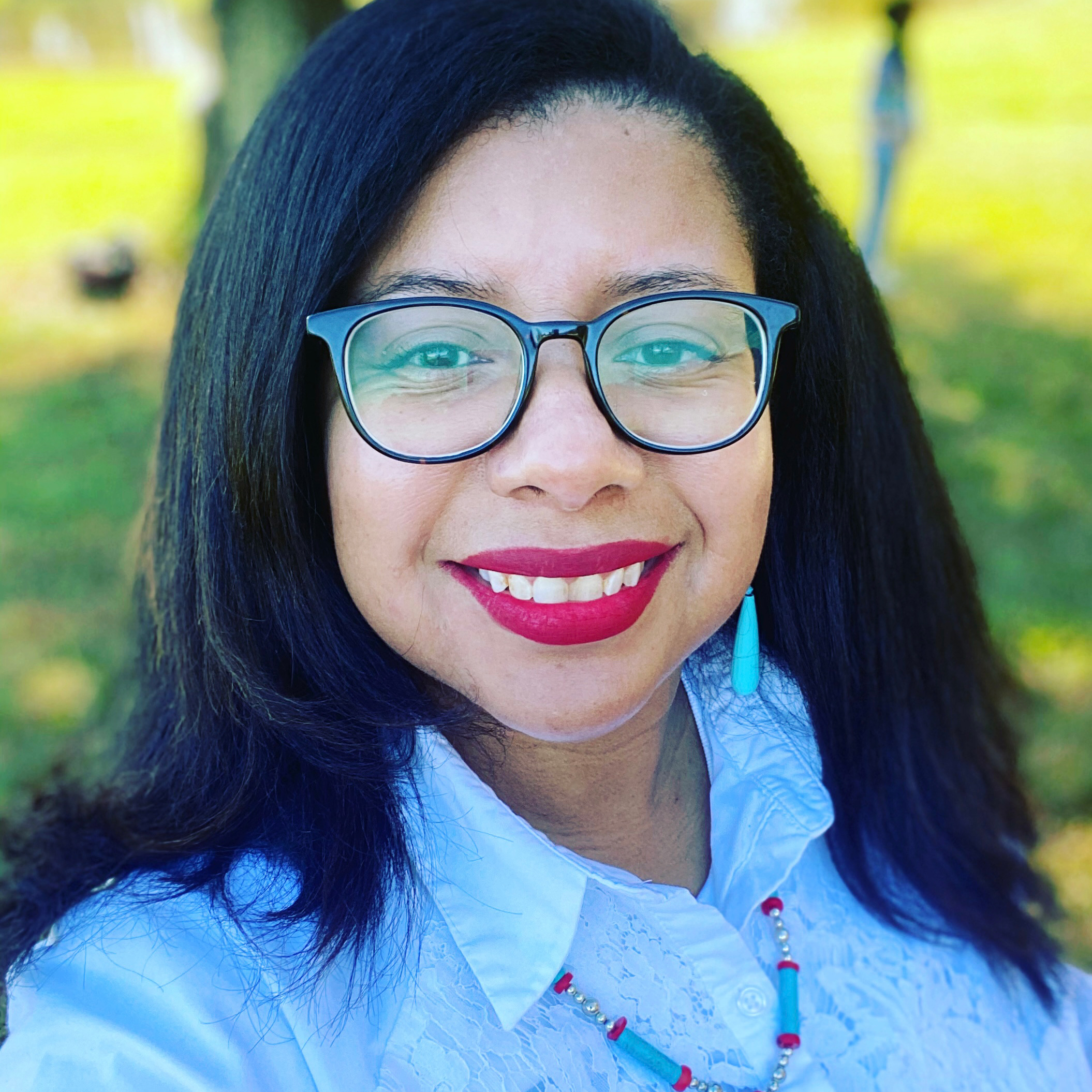 A collection of experiences by individuals who identify as Afro Indigenous from various tribes across the United States. The film will explore the history of the two ethnic groups individually and as a collective via the institution of slavery, food ways, dance, dress, spirituality, legal challenges, marginalization, resilience, state/federal recognition and much much more. The trajectory of the story will consist of various climactic points, most notably is the lack of tribal recognition of members who have African descent.

Frederick Murphy is the founder of History Before Us, LLC, a project centered on capturing, preserving and advocating influential history. His first film, the award-winning The American South as We Know It, explores the lives of survivors of Jim Crow—the courageous individuals who didn’t make the headlines. His second documentary, The Other Side of the Coin: Race, Generations & Reconciliation, was released on September 2, 2020. A collection of experiences and thoughts addressing the complexities of race in America, the film asks, “How do we reconcile for the sake of future generations and humanity?” Mr. Murphy is a Licensed Clinical Mental Health Counselor who finds joy in helping people achieve and retain an optimum level of functioning by focusing on their holistic health. He has a master’s degree in Transformative Leadership and serves on the board of the James K. Polk historic site in Pineville, North Carolina and the Slave Dwelling Project located in Charleston, South Carolina.

Kimberly resides in Raleigh, North Carolina. She’s a graduate of North Carolina Central University with a Master of Social Work degree, obtained her Licensed Clinical Social Worker-Associate licensure (LCSW-A), and is a 2020 Honoree for the NCCU 40 Under 40 Award. She is the Co-Founder of HIV Cure Research Day proclaimed by Gov. Roy Cooper, Contributing Writer for Sheen Magazine, and Editor of The Lux Blog NC. She identifies as a Black Indian woman whose father is of Eastern Band Cherokee and West African (Ivory Coast) decent and her mother is of African-American, Haliwa-Saponi, and Tuscarora lineage. During her undergraduate years, she was an active member of Sigma Omicron Epsilon Sorority, Inc., a Native American women’s sorority, where she became the first Black Indian Co-President of the Alpha Chapter, and an active member of the East Carolina Native American Organization (ECNAO) at East Carolina University in 2004. Currently, she is an active member of the Western Wake Alumnae Chapter of Delta Sigma Theta Sorority, Inc., active member of the Triangle Native American Society, National Association of Social Workers-NC Membership Committee, and the Junior League of Raleigh. She is the Committee Chair of the Advisory Council for the first Black Indians NC Powwow for the State of North Carolina which will take place in September 2021.

Humble in the Jungle 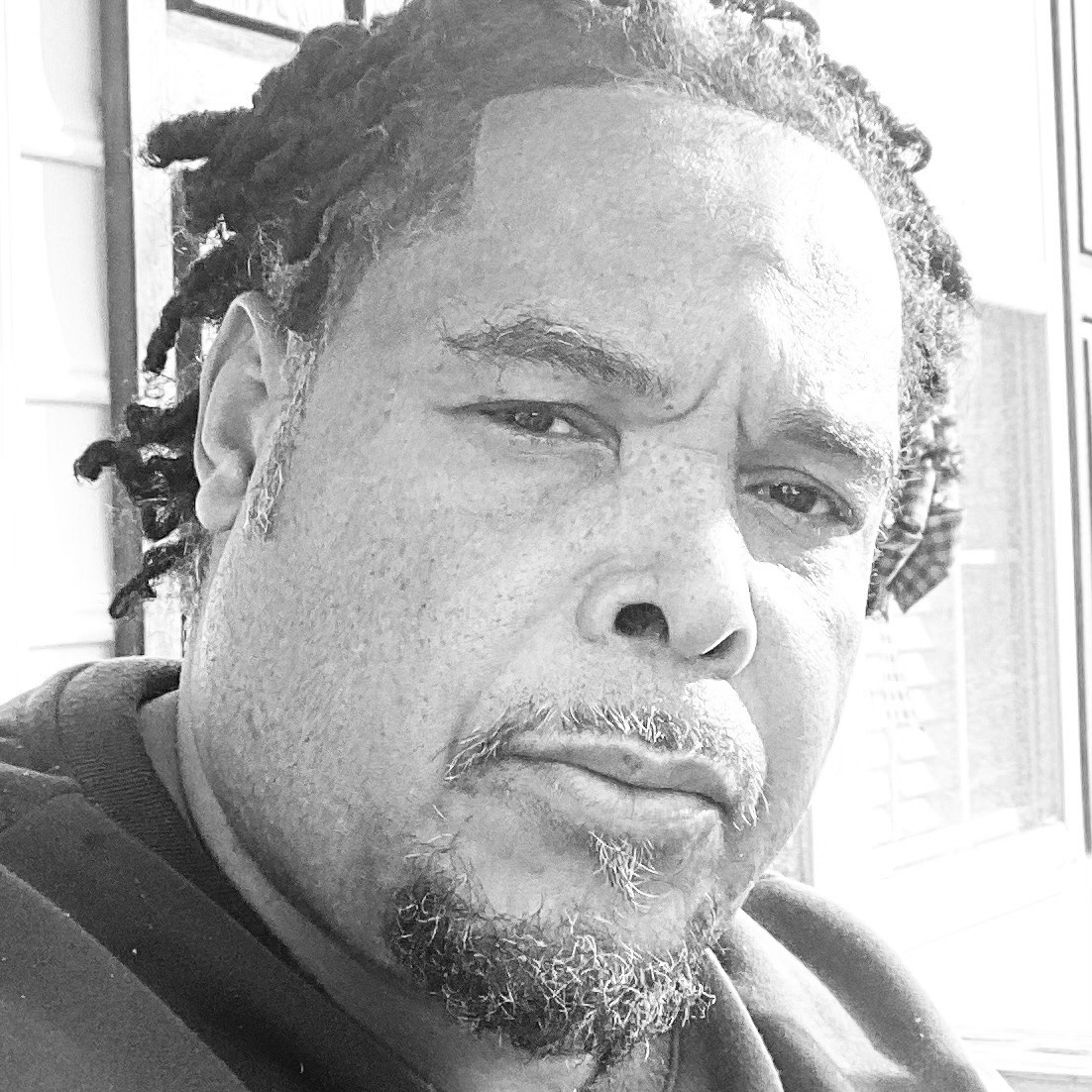 Michael Small aka “Mike Gee” of the Jungle Brothers, an American hip hop group composed of Nathaniel Hall (Afrika Baby Bam), and Sammy Burwell (DJ Sammy B) are known as the pioneers of the fusion of jazz, hip-hop, and house music, they were the first hip-hop group to collaborate with a house-music producer. The trio released their debut album, Straight Out the Jungle in July 1988. Their hip-house club hit single, “I’ll House You” was added to the album in late-1988 reissues. It changed the course of hip-hop and dance music by expanding it across the globe with fans. Fostered by Kool DJ Red Alert, uncle to “Mike Gee”, the Jungle Brothers success would pave the way for De La Soul, A Tribe Called Quest, Queen Latifah, Black Sheep, Monie Love, and Chi-Ali; collectively known as Native Tongues which they founded. With all the fame and success, Mike Smalls, an unassuming licensed plumber and family man shows humility and astounding work ethic that is beyond belief by working full time as a plumber yet able to transform into the Legendary Hip Hop Artist “Mike Gee” and tour the international globe for 2-3 month at a time to please his fan base. 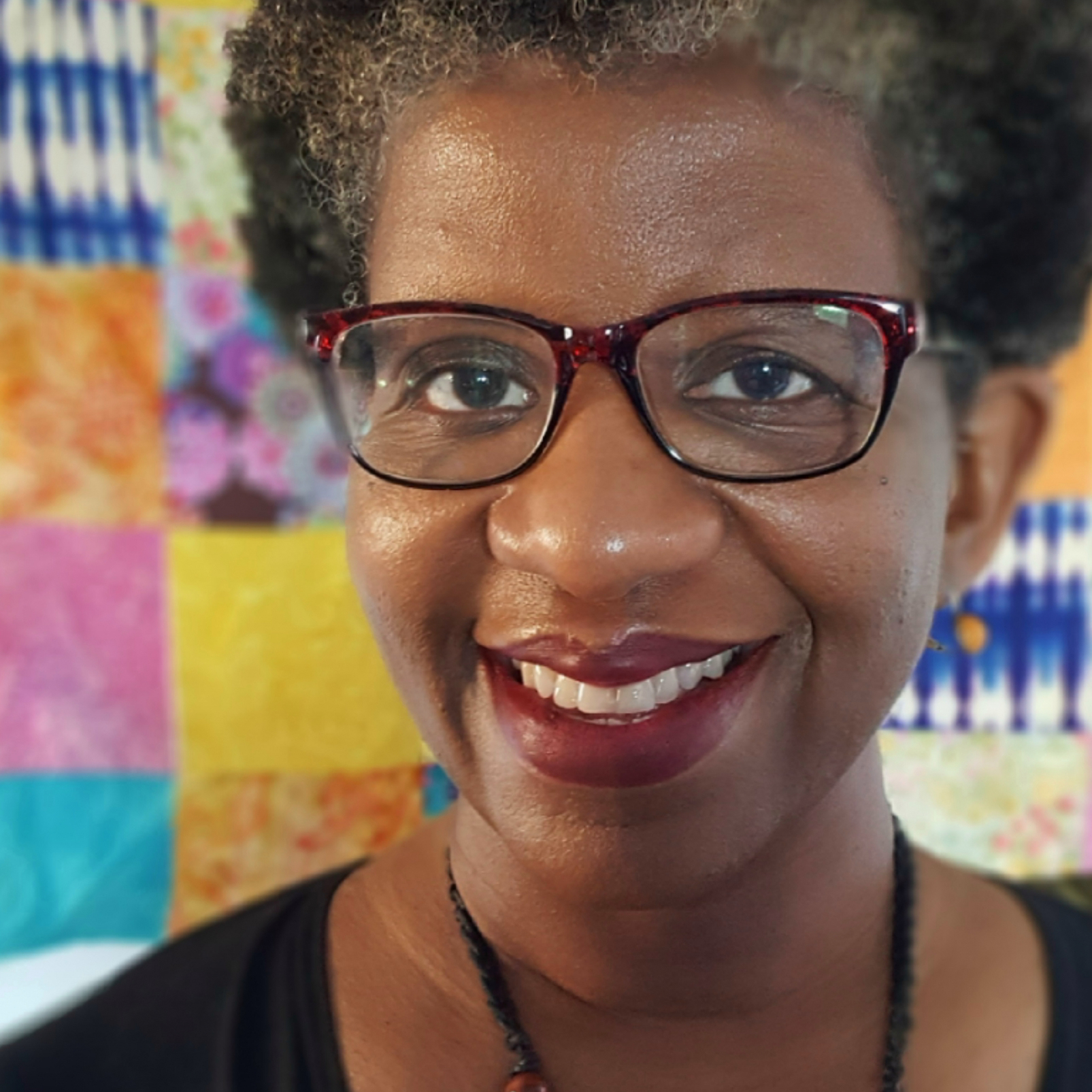 Play is a lifeline for Black girls across the generations. LITTLE SALLIE WALKER tells the story of Patricia, Billie Jean, Raisha, and Kristi, who instinctively understood that coming-of-age in America involved creating and cultivating worlds of make-believe through different types of play. Pattycake, dress-up, double dutch, doll-making, and hide-and-seek offered sanctuary from discrimination, violence, and poverty. Intimate interviews interlaced with archival footage and rare home movies spanning decades, verité́ scenes, and story reenactments shape this narrative about a spirited and resilient group of Black women and girls.

The character-driven film goes to four regions of the US — New York, Alabama, California, and Washington State — where pleasurable memories are reignited for Patricia, Billie Jean, Raisha, and Kristi. But over time, is “Black girl play” abundant enough to combat the stresses of anti-blackness and gender stereotypes; economic insecurities; and physical trauma? The principal women remain unguarded as they admit why they struggle to use play for their self-care and healing justice in their adult lives. The film is an impassioned and lyrical story about the legacies and interior worlds of Black women and girls and how they attempt to preserve the mind, body, and soul as they navigate America.

Marta Effinger-Crichlow is an interdisciplinary artist whose projects in the mediums of film, theater, and literature highlight her mission to fuse social issues, culture, and history. She is a past recipient of a Pittsburgh Multicultural Arts Initiative grant for her multi-media collage “The Kitchen is Closed Startin’ Sunday”. For her produced play “Whispers Want to Holler,” Marta collaborated with noted jazz saxophonist Billy Harper. She has also worked as a freelance dramaturg for theater productions in New York City, Chicago, Pittsburgh, Memphis, and Louisville. She is the author of Staging Migrations toward an American West: From Ida B. Wells to Rhodessa Jones published by the University Press of Colorado. She has appeared on TEDx at the Tribeca Performing Arts Center. Marta, who received her Ph.D. from Northwestern University, helped curate 400 Years of Inequality: Contributions from the Diaspora at Carnegie Hall’s Weill Music Institute. She served as an advisor on the feature documentary Chocolate Milk (2019). She is a member of Brown Girls Doc Mafia and the Black Theatre Network. Recognition for her first feature film LITTLE SALLIE WALKER include a Perspective Fund grant (2021); Athena Works-in-Progress Program (2021); Working Films Impact Kickstart awards (2020); Hedgebrook Documentary Lab (Final Round Alternate – Top 10 Overall) (2020); DCTV Works-in-Progress Lab selection (2019); Lower Manhattan Cultural Council/NYC Department of Cultural Affairs Creative Engagement grant (2019); New York State Council on the Arts – Individual Artist grant (2018); New York Women’s Foundation grant (2018); Women Make Movies Production Assistance Program (2018); and IFP JustFilms Fellowship at the Made in NY Media Center (2017). Marta is the mother of a daughter and is also the descendant of Black southern migrants who continue to inform her sensibilities.

My Mother is an Artist 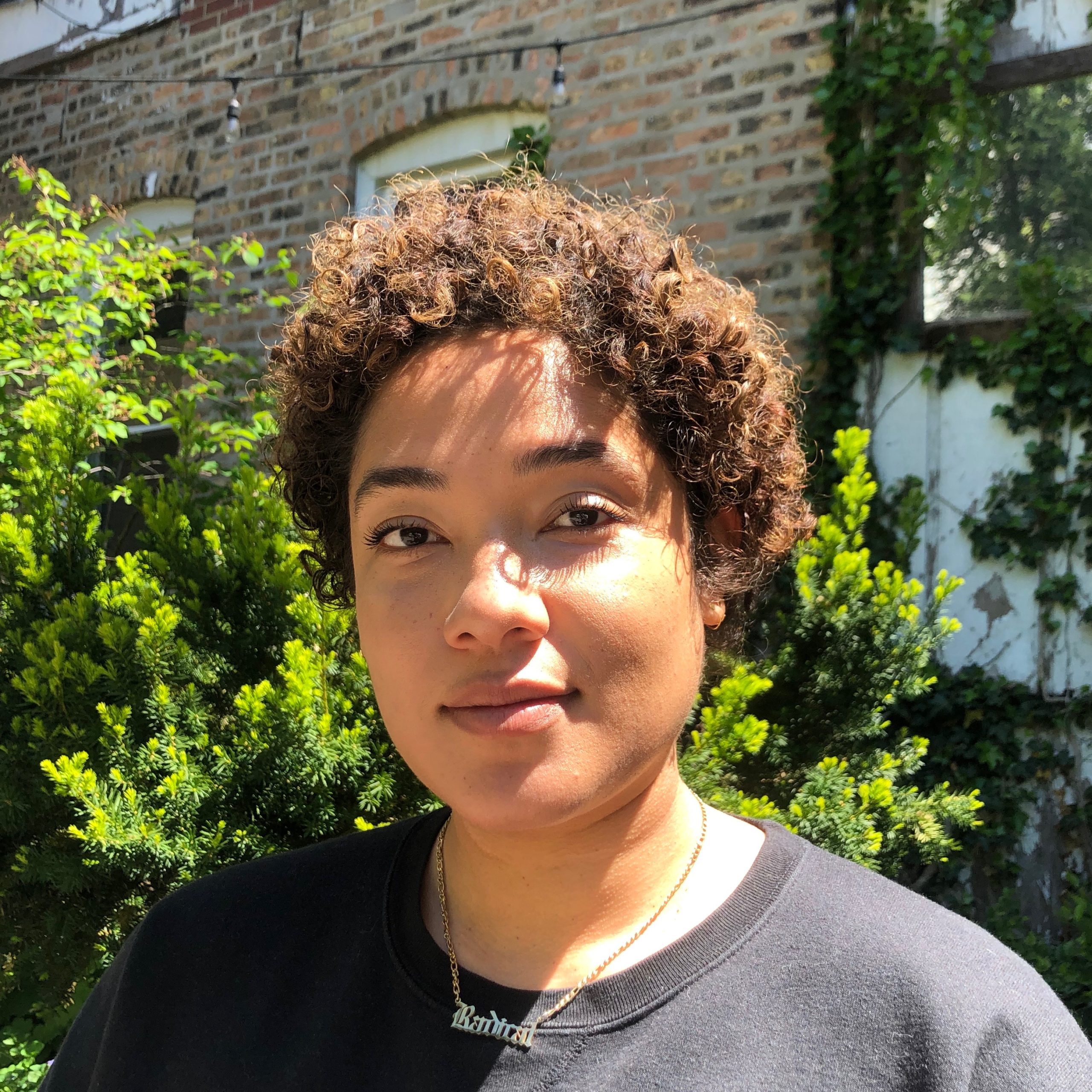 After serving 30 years in prison for murder, Lajuana Lampkins is now a staple in Wicker Park, Chicago, where she sells her drawings to the late-night crowd.

Consumed by grief for her son Prince, who was killed by Illinois police in 2010, Lajuana struggles to sustain a relationship with her surviving son, who also is a working artist in Chicago. Sir Gerald and Lajuana initially bonded over their shared love of art and love of Prince. But over time, Sir Gerald’s growing awareness of his mother’s vices and Lajuana’s desire for him to be more like Prince leads to a rupture in their relationship, making them competing artists in Wicker Park.

As repercussions of Lajuana’s drug use increase, she seeks comfort and support from family but is turned away. Lajuana starts considering treatment.

After George Floyd’s brutal and highly publicized murder, Lajuana is reminded daily of Prince’s murder, and watches as a nation grieves for one man, while she grieves alone.

Abandoning treatment, Lajuana’s wellbeing falters under the constant grind of protecting her children and exposing a corrupt police force. Still, Lajuana risks the time she has left fighting for justice from a system that will never surrender.

Maya currently works as an Associate Producer at Leo Burnett. Independently, she is Directing the documentary MY MOTHER IS AN ARTIST and developing her own narrative projects. As a freelance video journalist, her documentary work at The Real Chi focused on criminal justice reform in Chicago. This experience helped her develop her skills as a cinematographer and editor and she now works efficiently with a variety of camera and lighting equipment setups. As a fellow of The Real Chi, a non for profit newsroom based on the west side of Chicago, Maya learned the ins and out’s of investigative reporting and video journalism. During her time at the newsroom, she was mentored by seasoned journalists from ProPublica and City Bureau. She is a skilled researcher and very familiar with navigating the inner workings of Chicago’s political and criminal justice system.

In October 2018, she began shooting her documentary film “My Mother is an Artist” a verite style film based on the life of a survivor of the US criminal justice system. While directing MMIAA she has experienced the complexities of becoming a part of your film subject’s life and grapples with ethical questions and dilemmas few other young documentarians have experienced. As a graduate of the Industry Pathways intensive film program and was given the opportunity to be the Director of Photography on the short production that the program produced in 2019. Following her graduation from the Cohort, she interned on several different independent film sets and was offered the chance to intern in the production department at Leo Burnett. She was then hired on as an Associate Producer at the highly regarded agency.

Throughout her career in media Maya’s drive to share the stories of folks in her community has only continued to grow. Her eagerness to learn and her passion for social justice is her strongest quality along with her drive to perfect her craft She is proficient in Adobe Premiere, Photoshop, is a skilled videographer and has worked in educational environments in many instances and hopes to share her skills and learn from her peers. 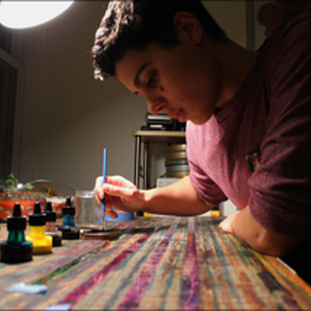 PARADISE is a personal documentary in five acts. Each act has a distinct visual style and specific guiding question meant to inform the larger themes of race and national origin. These five acts will be bookended by an intro and conclusion with a shared soundtrack and visual style that incorporates historical and familial artifacts.

My mother was born in a country I’ve never been that was colonized and impacted by the only home I’ve ever known. When the United States Special Forces established the Canal Zone in Panama, they brought segregation with them. My mother was born in an all-black town called Paraìso (Paradise).

PARADISE is a deep dive into me answering the questions of those who find my brothers and me racially and regionally ambiguous. I will interview my family, historians, and others to explore these complicated ideas of race and identity. I will use found materials, new footage, various voices, and animation to interrogate these issues in a series of five non-linear acts tied together by the central themes.

Gabby Sumney (née Follett) is an Afro-Latinx, queer, nonbinary nonfiction filmmaker with a disability based in Boston, Massachusetts. They work in experimental nonfiction with a special emphasis on issues of identity and personal narrative. Their work has been screened at curated screenings and festivals across the US and Europe including Alchemy Film and Moving Image Festival, Indie Grits, and Fracto Film Encounter. Gabby is also the creator of This Week in Experimental, a weekly newsletter that features links to experimental films & videos, reading suggestions, and optional assignments. 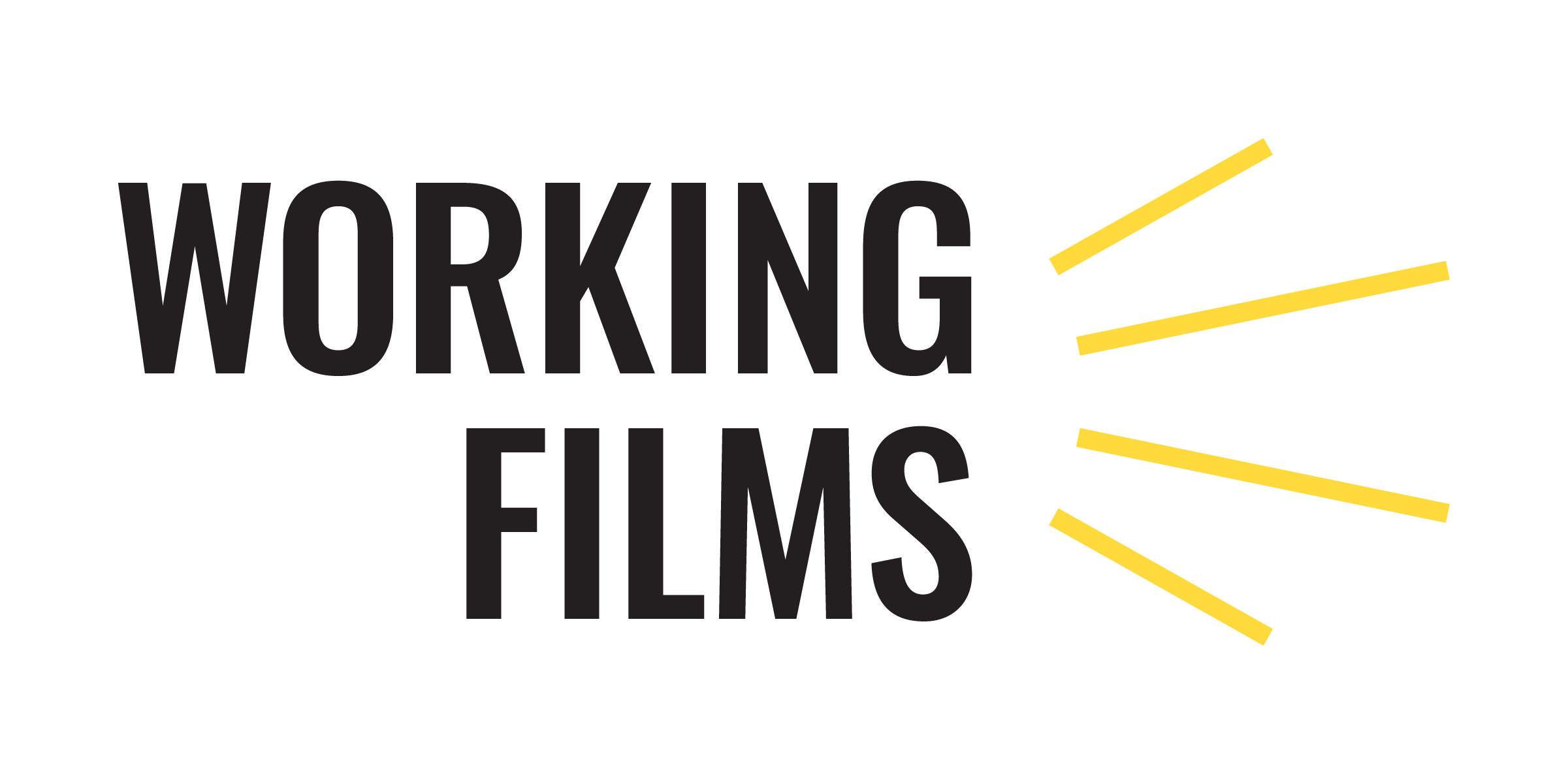